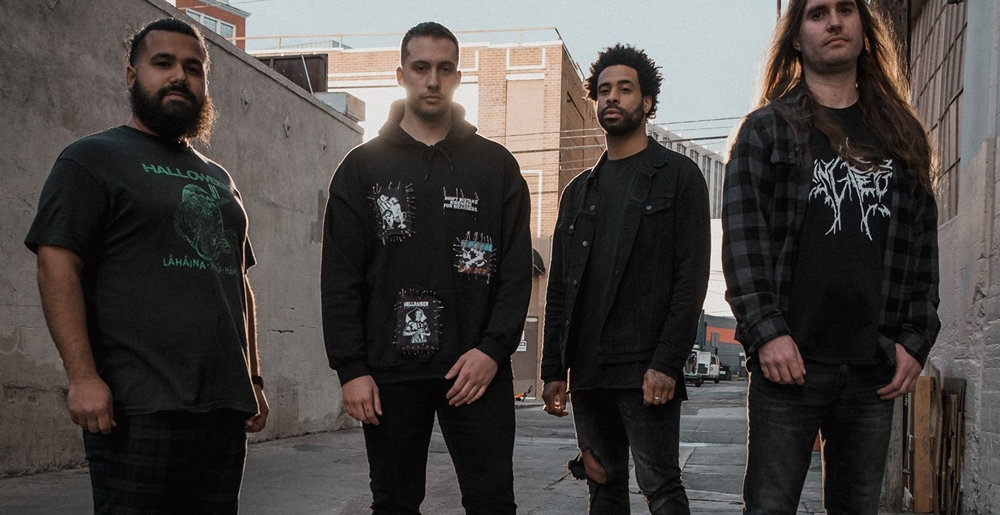 Volumes Lose a Guitarist, Reunite With a Vocalist, and Release a New Song

It’s been clear that there was some behind-the-scenes drama in the Volumes camp for a minute now. First, the band’s vocalist, Gus Farias, was fired from the band for reasons unknown, despite the fact that his brother, guitarist Diego Farias, remained in the group. Then Gus took it upon himself to let the world know that his former Volumes co-vocalist, Michael Barr — with whom Guy has publicly beefed in the past — was allegedly re-joining the band. Gus, who seems to have a PhD in making himself look bad, also said that firing him and re-hiring Barr was grounds for a lawsuit, although he wasn’t clear re: how this could be the case.

The band (wisely) never took the bait and responded to Gus’ ALL CAPS PUBLIC COMPLAINING, but late yesterday afternoon, Diego Farias announced that he, too, is no longer in Volumes…

…and then, just a few hours later, the band that Michael Barr has, indeed, re-joined the ranks, and they dropped a new song, “holywater.” I’d like to think the title is all lower-case in response to Gus’ inability to turn off his caps lock; I have no idea why it’s all one word, though.

In any case, “holywater” is a pretty good song. I mean, it’s nothing you haven’t heard before, unless you’ve somehow never heard any djent, ever. But it’s well-written and catchy and Barr is an infinitely better frontman than Gus’ Farias. Also, it doesn’t have any rapping or references to swinging “ding-a-lings,” which is a plus.

You can check out “holywater” at the bottom of this post. Volumes, now featuring 100% more Michael Barr, will tour the UK and Europe with Born of Osiris, Oceans Ate Alaska and Defying Decay starting in March. Dates are as follows:

[via Lambgoat and The PRP]

Metal Sucks Greatest Hits
3220 -
What is UR Favorite Classic Nu-Metal Band??
0 -
11 Bands You’d Get Made Fun Of for Liking Back In The Day
0 -
Rigged: Luc Lemay of Gorguts
0 -
What if Black and Death Metal Albums Were Children’s Books?
0 -
Will People Please Shut Up About the “Fake Amps on Stage” Debate?
0 -
Why There Will Never Be Another Metal Band as Big as Metallica