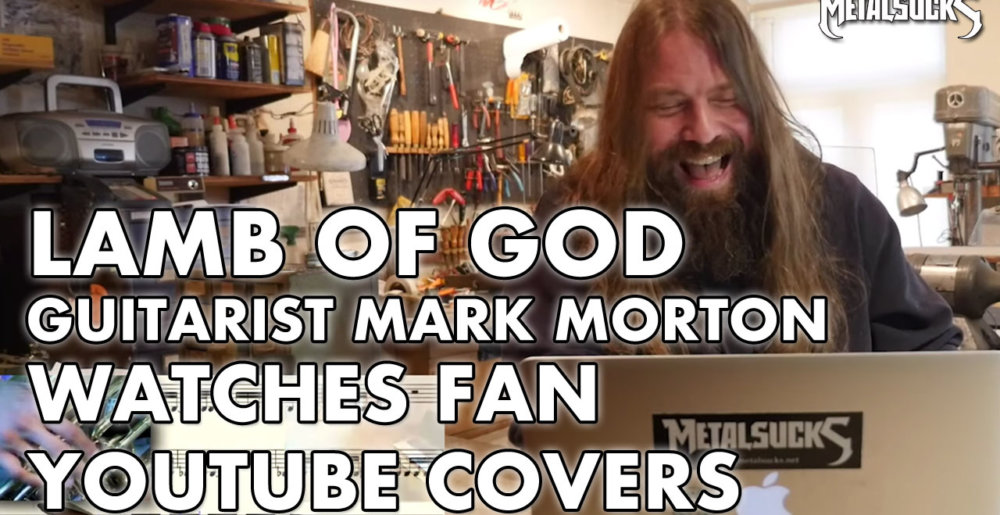 With Mark Morton set to release his second solo album in as many years AND a new Lamb of God album in the coming months, we thought it was high time to catch up with the guitarist on camera for one of our patented videos featuring musicians watching and reacting to fan covers of their music on YouTube. We rendezvoused with Mark at the repair shop at Matt Umanov Guitars in New York City, sat him down in front of playlist of hand-picked LoG and solo music covers and let it rip.

Watch below! This video was filmed and edited by Jonathan Arevalo. Be sure to catch up with other videos in this series via the list underneath the video embed.

Metal Sucks Greatest Hits
0 -
This Dude Sounds EXACTLY Like Layne Staley
0 -
Editorial: The Metal Community Must Stop Letting Phil Anselmo Off the Hook for His Racist Remarks
0 -
That Time Shaun Got Drunk and Filmed a Music Video with His Cat
3680 -
Korn III: Remember Who You Are Listening Party Report
0 -
Is Facebook Trying to Extort Bands and Brands?
0 -
BREAKING: Some Local Band Called Shrapnel are Tired of You Leaving the Show Before Their Set