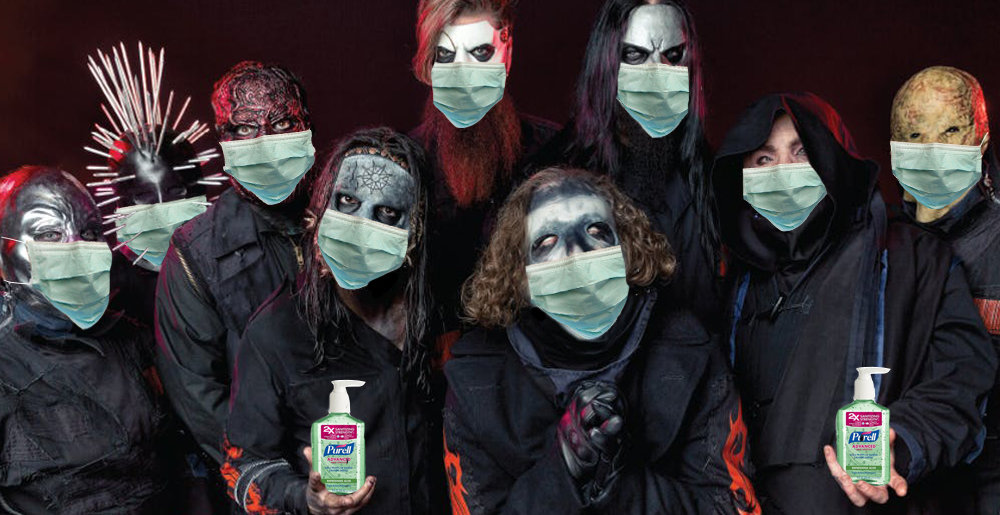 How the Coronavirus Could Impact the Metal Economy

World stock markets are nose-diving as a result of the spread of the novel coronavirus, COVID-19, trillions of dollars of wealth liquidated in an instant.

Could the same happen in the metal industry? Or, speaking more broadly, in music? Especially in the metal world, it’s easy to be lulled into thinking our little corner of the universe is self-sustaining, recession-proof, immune to outside forces. Metal’s lasted 50 years, fer chrissakes, in the face of a TON of opposition. But when we zoom out and look at the bigger picture, it quickly becomes clear that we’re subject to a lot of the same forces as the rest of the music world, and the global economy as a whole.

It’s already happening overseas: Slipknot, Trivium, Lacuna Coil and others have canceled tours in Asia; Testament, Exodus and Death Angel diverted their in-progress route to skip a scheduled stop in Milan, Italy; SXSW has been canceled entirely, costing the festival itself an estimated tens of million of dollars and local business owners $355 million in lost revenue, according to Slash Film. The coronavirus has sunk its teeth into the live music economy, and with contagion of the disease spreading rapidly thanks to inadequate testing availability and a particularly long incubation period before a host begins to exhibit symptoms, it’s likely going to get worse. A lot worse.

It won’t be long before full U.S. tours are canceled, as organizers heed public health warnings to avoid giving people opportunities to congregate en masse. What happens then?

Booking agents will have it the worst. If tours don’t go out, they earn no money. That’s the end of it. I spoke to a booking agent friend of mine over the weekend, and he’s petrified. If I were a booking agent, I’d be preparing now by cutting back superfluous spending and making sure I have as much money as possible saved up, easier said than done in the underground world of metal, where margins are often razor thin. Agents are potentially looking at a really rough spring, and the only question is how long it’s going to last. Will it pass after a month or two? Drag on into summer? Beyond?

Venues owners and promoters won’t fare much better. Their businesses are ground zero for the types of places people should avoid. Even if tours aren’t canceled wholesale, attendance at individual shows will be down as folks both actively try to avoid catching COVID-19 from a sweaty mosher next to them and those with exposure quarantine themselves to do their part in stopping its spread. What happens when a show isn’t well attended? Everyone loses money, from the owner to the promoter to the bartenders. And what if there’s no show at all? Those empty dates can’t be filled, so the venue will sit idle while wages for full-time employees, property taxes and other fixed costs mount.

An artist’s primary source of income has shifted in recent years from album sales to touring, but that doesn’t mean record labels won’t feel the burn of the coronavirus, too. Labels often pick release dates around touring opportunities, strategically choosing when to put out an album based on when a band will be active on the road. Less touring means fewer album sales, and fewer album sales means less income for labels. We might start to see album release dates being pushed back, although with so much of the focus on streaming right now — a method of music consumption anyone can participate in from anywhere — and with a large swath of physical business coming through mail order, I think labels are in a decent position to weather this storm.

Managers, whose income depends on all of the above, are the farthest down the food chain as they’re the last to get paid. Their bottom line will be impacted, too; if there are no tours to commission, no merch sales to rely on, managers will get less.

Media are in the same boat as the managers, the lowest on the chain of how income typically trickles down through the industry. A solid chunk of our income here at MetalSucks comes from show promoters advertising tours that are coming through their cities, and if those shows aren’t happening that ad money evaporates. While third-party networks like Google and others fill empty ad slots when there are no direct-sold campaigns to show — known as “remnant” or “backfill” in ad tech parlance — those rates rarely match what we get directly from advertisers, and on average are a whole lot less. The same phenomenon will extend to record labels who buy ad campaigns to promote their bands’ new albums; no albums, or less money available to promote them, means none or less for us, too. This issue will affect all media.

Which brings us last, but absolutely not least, to the bands themselves. This is a tricky one, because most musicians whose bands regularly headline venues that hold less than 1,000 people, give or take, have day jobs when they’re not on the road. Those men and women will continue working those jobs, but those jobs might be threatened, too. Anyone in the service industry will undoubtedly take a hit, while someone who teaches online guitar lessons, for example, might be OK (although funds availability for students to purchase lessons might be an issue depending on their own circumstances). At the very least, career and release momentum for a number of bands will be stalled; at worst, musicians, who already have it hard enough, will fall on some very, very difficult times. As will all the folks who help support bands on the road: their stage hands, techs, drivers, sound personnel, merch sellers and on down the list. All of these people will be irreparably affected. As a result, bands will have less money to spend on recording new music, and so the contagion spreads into the studio world, too.

It never ends. The coronavirus has the potential to profoundly impact the entire industry.

What’s more, all of the above addresses solely the economic impact on anyone who hasn’t been infected. The day-to-day life effects of the coronavirus on a very sick person should speak for themselves, and that’s to say nothing of the insurance nightmare (or, more to the point, the lack thereof) to follow, which is a subject worthy of its own entire post.

Unfortunately there isn’t much I, you or anyone can do, other than to obey public health warnings and do as we’re told to help try and stop this thing sooner rather than later. But at least there is this: the coronavirus is extremely unlikely to hitch a ride on that package you ordered from a record label or from Amazon, so keep supporting your favorite bands and labels via mail order as much as you can!!

And the good news is that all of this will pass, it’s just a question of when. Until then, stay safe out there, people.