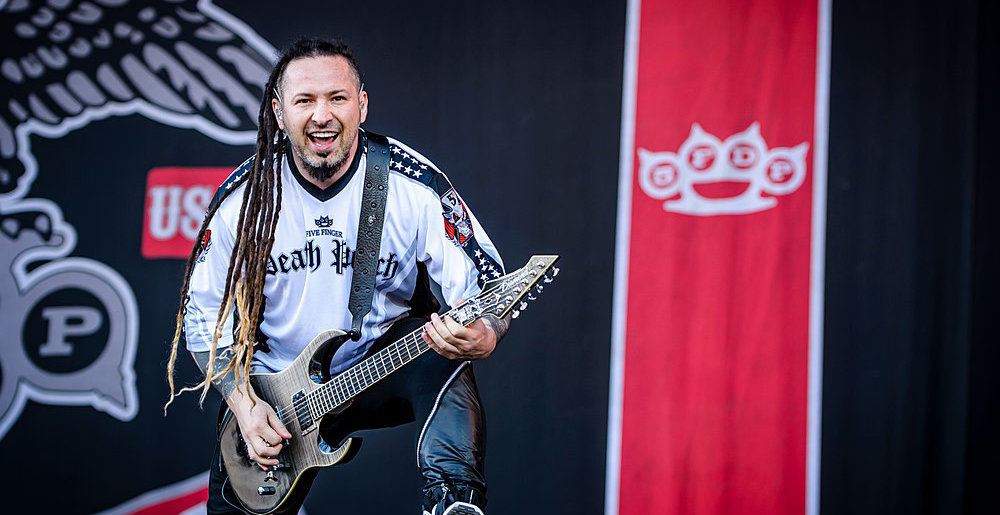 Like his bandmate Ivan Moody, Five Finger Death Punch guitarist Zoltan Bathory has now released a statement regarding the ongoing protests caused by the murder of George Floyd. Those protests, you are surely aware, have resulted in rioting, looting, and even more police brutality.

Says Bathory of the upheaval:

“Being a long time supporter of 1st responders – I Got a few messages asking ‘if I still support them after all this’ [?] Yes… I support the constitution, truth, justice, human rights and our civil liberties and I support all those who defend it ☝️I support the kind of Police, who – just like the rest of us – are disgusted by the actions of that POS murderer and his colleagues who were assisting or standing idle – they tarnished the badge, violated the oath – and without a question they murdered George. No sane person can watch that video without disgust and absolute fucking Rage. Justice needs to be Served 1000% to its full extent for all involved. The absolute maximum and then some ⚠️ However, don’t let politically motivated goons hijack your emotions, push you where you should not go , and divide this nation even further ✊✊????✊????✊????✊????✊???? Focus on the guilty and focus on the problem – and the solution of the problem. Beating up innocents, robbing their stores, setting communities on fire have nothing to do with justice, and certainly isn’t done in the honor of Georg Floyd – don’t join the senseless violent mob – they are not helping – they are not here for YOU – and they make all of this much much worse ⚠️ Oh…. And to some blue checkmarks and media jackasses who were instigating and fanning the flame, may you rot in hell – now there is blood on your hands too ⚠️”

Given that he endorsed Donald Trump in 2015 and expressed right wing fears that liberal politicians are coming to take his toys away, it’s surprising to see him agreeing that Floyd’s murderers deserve to be prosecuted to the fullest extent of the law — just as it was surprising to see Moody openly condemn the cops. As Vince pointed out when reporting on Moody’s statement, given that FFDP have a lot of fans in the MAGA crowd, it’s actually courageous of him to say anything even remotely critical of the police.

Like Moody, however, Bathory’s comments don’t go quite far enough. Given that I live in a part of Brooklyn where things has gotten pretty bad, I certainly understand the impetus to say “Stop being violent and looting, it’s not helping anything.” But I also think getting pissed about the looting is missing the point; Bathory sounds like one of those people who watches Do the Right Thing and gets more upset about the pizza shop being destroyed than by Radio Raheem being unlawfully killed by the police. Yeah, the looting is bad. The riots are bad. But innocent people are being murdered in scores, and the system is doing nothing to stop it. Of course people are pissed. Of course they’re saying, en masse, “Enough is enough.” The well-being of a Game Stop is not more important than the well-being of a human. At this juncture, worrying about anything other than when or if American police will ever stop taking the lives of innocent black men and women is a deflection.