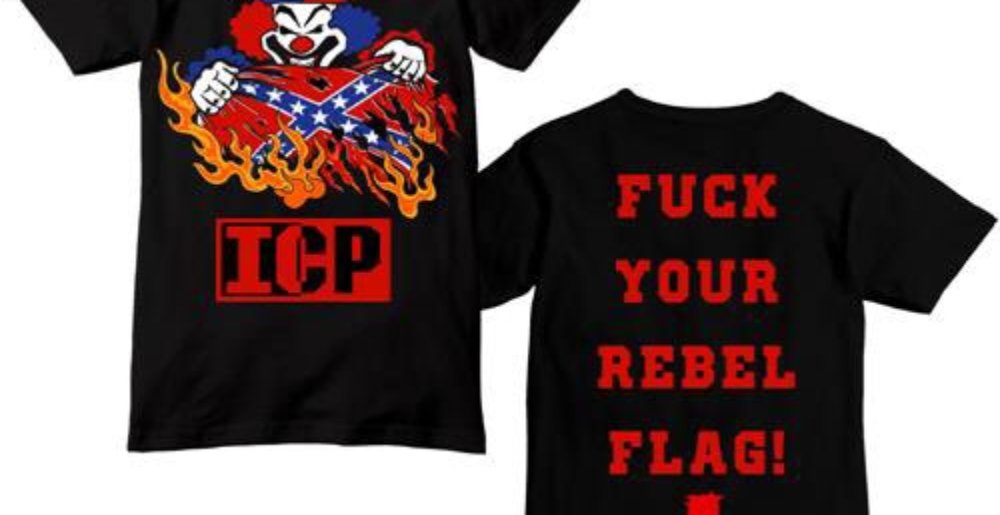 Juggalos and leftists: allies at last! Who would’ve ever thunk it back when the entire world mercilessly made fun of Insane Clown Posse for years and years and years?

But this is 2020 when the world is upside down, time is a flat circle and nothing matters, and it feels like the sentiment has been growing for quite some time now anyway: ICP are alright! So here we are: Insane Clown Posse, perhaps best known for wondering aloud how magnets work and spraying truckloads (literally) of soda into their paying audiences, have released a t-shirt depicting a clown burning the Confederate flag with the text “FUCK YOUR REBEL FLAG” on the back. The band’s announcement indicates that they’ve “brought back” the design, which is even more badass: ICP were saying Black Lives Matter waaaaay before it was cool to do so! The slogan and image come from a line in the band’s song of the same name, which was released in… wait for it… 1991.

Get yours here for $25. Tell ’em your liberal pals over at MetalSucks sent ya.