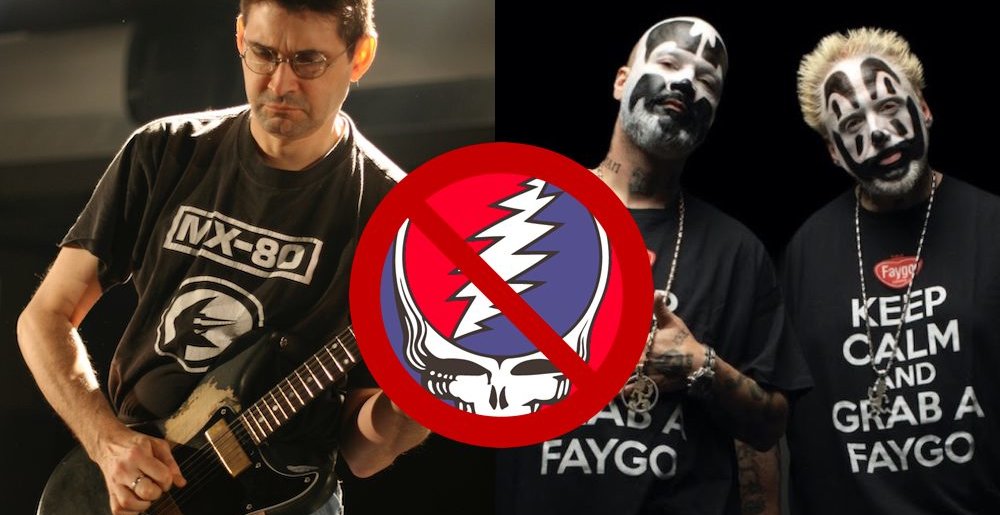 Producer and guitarist Steve Albini officially has our stamp of approval (if he didn’t already). Recently, Albini took to his Twitter to defend one of music’s most made-fun-of fanbases, Juggalos. Not only that, but he took a moment while supporting Juggalos to also rip on one of the music’s most self-promoted and insufferable fanbases: Deadheads.

How’d Steve get in the clown car? It started with him retweeting a quote from Insane Clown Posse‘s Violent J about how he regrets using slurs in his old music, and wants people to know he was wrong moving forward. In response, Albini tweeted:

“This is absolutely model owning-your-shit behavior, and if a goddamn fucking Juggalo can manage it, a nine-figure podcaster can step the fuck up without whining.”

When fans responded with the usual anti-Juggalo scoffing, Steve went in on it:

“Yes, I’m saying the Juggalos are good. A non-judgmental, inclusive community for people on the fringe, built on a beautiful communion they call ‘family.’ They remind me of punk/queer chosen families and I love them. I haven’t heard much of the music, it’s atrocious. Who cares.”

Steve uses what we consider the be the ultimate class move: hating someone’s music but appreciating what they do. He doesn’t have to love Insane Clown Posse’s songs to see that their fanbase, who are diehard in their loyalty and open-minded in their Gatherings, aren’t bad people.

Then, Albini really cements himself as one of our favorite people:

“Less annoying than Deadheads by an order of magnitude. Very few lawyers and CEOs for a start.

“A lot about the Juggalos is dumb/laughable. So what, your life isn’t? Get over yourself. The part that matters to them, that they are there for each other in material ways other communities fail at, that’s the whole thing.”

As the resident Juggalo at the MetalSucks Mansion, let me just say, I’m fucking here for this. Not only is Albini standing up for one of music’s most maligned fanbases, but he’s doing it from a punk place. You can find ICP and Juggalos silly all you want, but they’re fighting the good fight, and your arms-crossed both-sides hemming and hawing is fucking wack in comparison.

Steve, we salute you. From us to you: whoop whoop.

Worst Week Ever 0
Every Time I Die Breakup, Ghost Release New Music, and More Stories You May Have Missed This Week
January 21st, 2022 at 4:39pm MetalSucks

Metal Sucks Greatest Hits
880 -
The Looks That Kill: God Forbid’s Doc Coyle on the Role of Image in Music
0 -
The Single Greatest Analysis of Nickelback’s Work Ever Written
0 -
A Detailed Analysis of Slipknot’s New Masks
0 -
Video Footage of Emmure’s Frankie Palmeri Getting Electrocuted On Stage in Russia
0 -
Editorial: Slayer Should Become Professional Songwriters
0 -
BREAKING: Some Local Band Called Shrapnel are Tired of You Leaving the Show Before Their Set