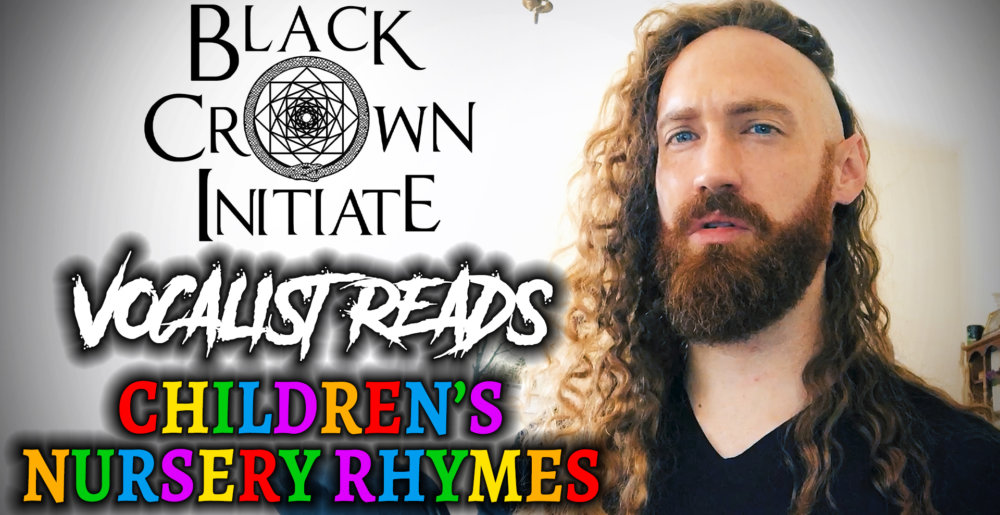 We all know death metal doesn’t pay the bills, a truism inescapable even by all-time rippers like Black Crown Initiate, who are getting set to unleash their third full-length album, Violent Portraits of Doomed Escape, on August 7. Vocalist James Dorton has a surprisingly fitting day job given his role in the band — he’s a voice actor, having worked on audiobooks, films, video games and more — so for our latest MetalSucks video escapade we decided to have some fun with his singular talent.

James’ “professional” voice is the most epic Lord of the Rings shit known to humankind, so we asked him to read several common nursery rhymes as dramatically as possible. The results — from “Rub-a-Dub Dub” to “Humpty Dumpty” to “This Little Piggy” and more — are nursery rhymes rendered unlike any way you’ve ever heard them before.

Pre-order Violent Portraits of Doomed Escape right here, and check out the video for “Holy Silence” underneath the nursery rhyme embed.

This might be the first can’t-miss death metal tour of 2022.

This will be fans’ first chance to hear material from last year’s Violent Portraits of Doomed Escape performed live.

Metal Sucks Greatest Hits
0 -
The Top Ten YARLERS of All Time
820 -
Rigged: Dream Theater’s Mike Mangini Takes You Through Every Piece of His Mega-Drumkit [Part 1]
2760 -
Who Are The Top Ten Lyricists?
0 -
Viral Drummer Nandi Bushell Pays Tribute to Taylor Hawkins: “Thank You for Looking After Me”
0 -
The Secret 2 a Successful Career in Music
0 -
Watch This Kid Perform Europe’s “The Final Countdown” Entirely with Hand-Farts