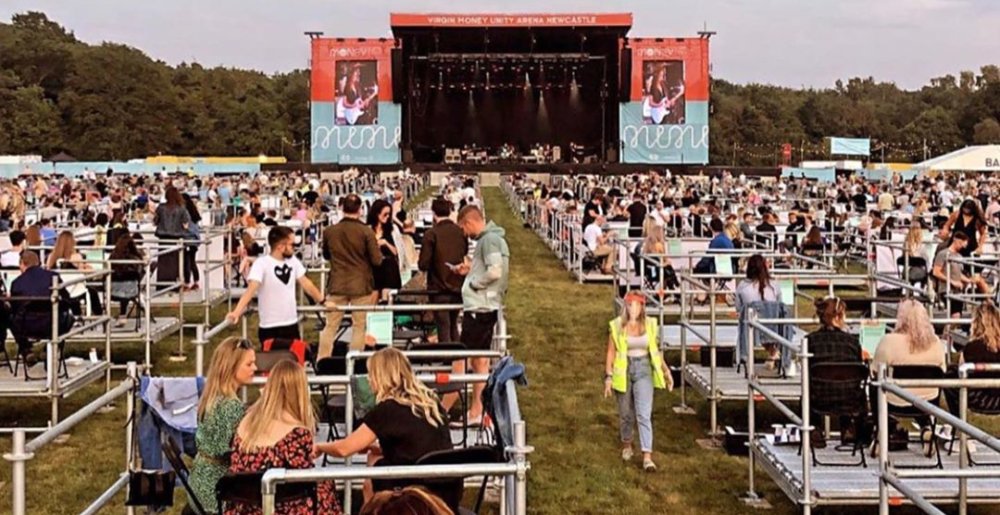 Great White, Dokken, Trapt… are you taking note? THIS is how you conduct a proper concert in the time of corona!

After announcing plans to do so last month, a brand new venue in Newcastle, England built specifically to put on socially distanced shows opened this weekend with its first concert, a performance by singer-songwriter Sam Fender.

The outdoor Virgin Money Unity Arena in Newcastle, England holds 2,500 people, separated into distinct, cordoned off pods that were limited to five people each. Other safety measures taken include keeping cars in the parking lot two meters apart (six feet) and one-way entrances/exits for the toilets.

Photos on social media and elsewhere show what a proper concert set up for social distancing looks like and that the model can be successful, both from an economic and safety perspective (although we don’t have access to sales figures for the show, it appears well-attended). Obviously this model only works in large outdoor spaces so it isn’t scalable to the industry at large, and won’t work all year round… but it’s a start.

Have a look at some social media posts about the show below.