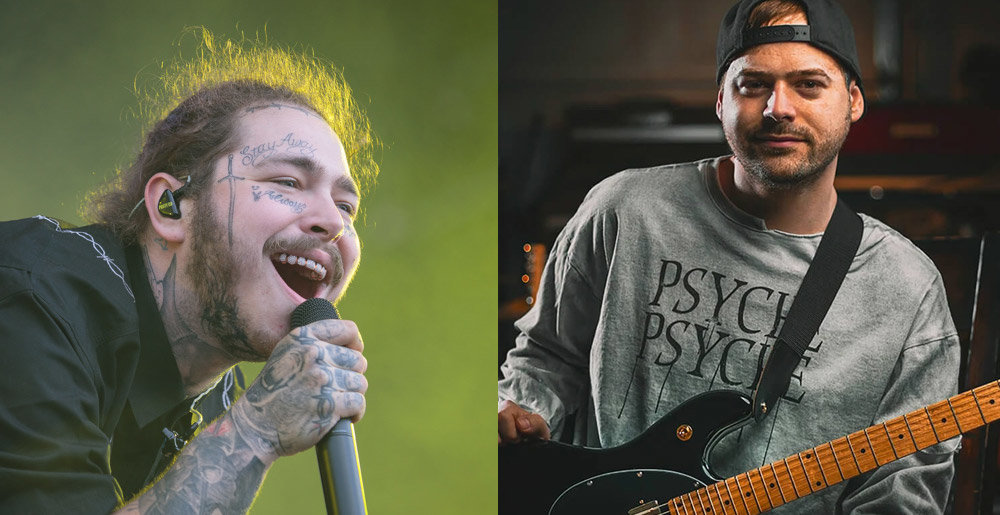 Rapper Post Malone’s metal cred has been well established of late, from his pre-fame time in a metalcore band called Ashley’s Arrival (video), his pals in Power Trip and Gatecreeper, his love of Nekrogoblikon, the smash hit he released with Ozzy Osbourne and, most recently, a video he posted of himself showing surprising composure on the guitar.

Now you can add “that time he jammed with Jared Dines” to that list. Together with Dragged Under frontman Tony Cappocchi and rapper Tyla Yaweh, the four-piece look to be having a blast in two videos posted by Dines to Instagram. In the first, Malone and Cappocchi hold it down with some chunky thrash riffs while Dines plays drums, then in the second clip Malone and Dines swap places for a cover of Wild Cherry’s “Play That Funky Music” with Cappocchi singing.

More than anything, I’m left feeling like these guys are having FUN! Man, I miss jamming, don’t you?