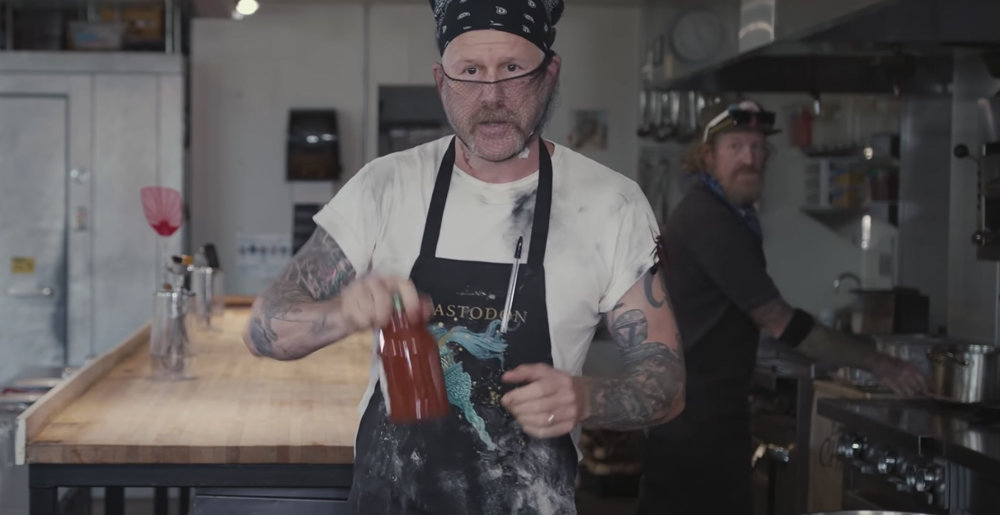 …although, truth be told, it’s Brent Hinds who ultimately steals the show. So much so, in fact, that I almost hope he doesn’t get his own episode, because it would be hard for him to top this.

You can watch the video below. The series is intended to promote Mastodon’s recent release, Medium Rarities.

The band is reportedly “super-close” to recording their new album, but don’t wanna release it during the pandemic.

They also contributed a song called “Rufus Lives” to the soundtrack for Bill & Ted Face the Music. You can listen to that here.