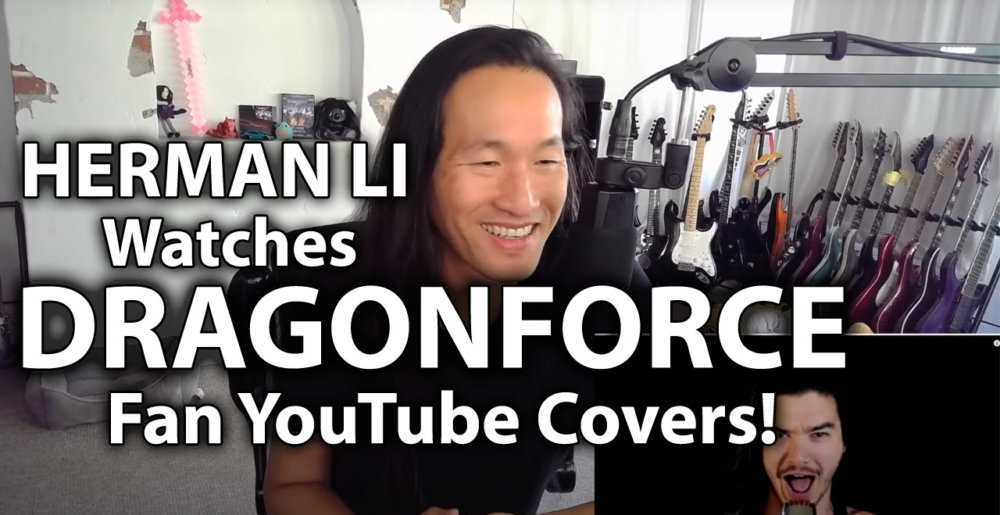 Dragonforce guitarist Herman Li is one of the sickest shredders to inhabit this good, green Earth, and as it turns out he’s a swell fella, too: Herman is the latest prominent metal musician to humor MetalSucks by watching a playlist of covers of his music that his fans have posted to YouTube!

Unsurprisingly given the source material, there are some incredible Dragonforce covers out there, but the dude who sings Smash Mouth’s “All Star” over “Through the Fire in the Flames” and the guy who absolutely shreds on the recorder get our vote for most creative.

Megadick 0
Dragonforce’s Herman Li on Dave Mustaine Losing His S*** at a Roadie Mid-Show: “In His Defense, That’s Super Annoying!”
July 26th, 2022 at 9:43am Emperor Rhombus

“You’re doing a show, it takes you out of the game, you start making mistakes…”