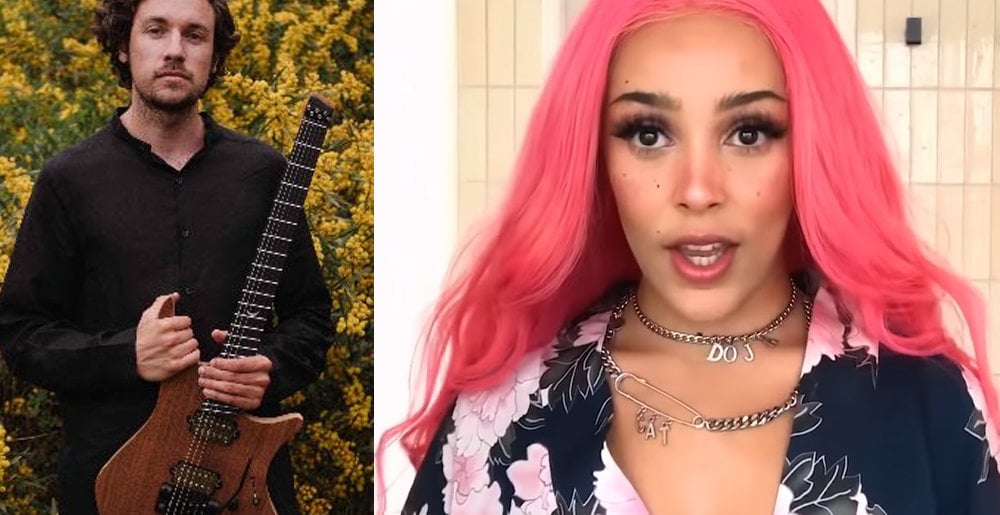 Thousands of metalheads asked themselves “Who the f is Plini?” earlier this week when headlines about pop star Doja Cat lifting a segment from the Australian solo guitarist’s song made their way around the metalsphere. Plini had already made his name known in certain circles, no doubt (we’ve covered his stuff here plenty), but a whooooole lot more people know who he is now!

Plini was a good sport about the incident when it happened, despite the blatant thievery, and he has continued to be cool in a new, longer statement, indicating he’s in contact with Doja Cat’s camp to make things right.

The performance in question took place at the recent MTV European Video Music Awards, where Ms. Cat performed a djentified remix of her hit “Say So.” Said remix included a sample of a guitar solo from Plini’s 2016 song, “Handmade Cities.”

When Plini first caught wind of the incident, he sent out the following light-hearted tweet:

Now, in a lengthier post to Instagram, Plini elaborated on his feelings, as well as what’s gone down since the segment aired:

“in case you missed it, @dojacat ‘s recent performance of ‘say so’ for MTV borrowed a few elements from my song ‘handmade cities’ for its new live arrangement. i think it’s an awesome performance (shout out to the homie @laribasilio – sick playing!) and more than anything, find it absolutely hilarious that something i wrote 4 years ago in my bedroom would find its way here.

“the lack of prior communication about it or proper credit upon release is disappointing but not particularly surprising in a sector of the industry that is usually more interested in clout than creativity. (it’s being sorted now, but would have been cooler a million views ago)

“if you read this far, and are new to my music, you can preorder my upcoming album from the link in my bio. in the words of @iamdarionjavon – you’ve never heard me produce/arrange ANYthing like this before ????????????”

Three cheers for Plini being a stand up fella! I’m most interested in this part of his statement: “it’s being sorted now.” I wonder if he’ll end up getting some songwriting credit and/or royalties for the track? I sure hope so. In which case this incident will definitely be a net good (it may already be: wonder how much his streaming plays have spiked in the past few days?)

You can watch the section of Doja Cat’s performance featuring Plini’s work below (you’ll know it when you hear it — it’s quite obvious, even if you aren’t familiar with Plini’s music). We’ll also post both artists’ original tracks so you can compare them side by side.

The pop star reached out to the guitarist directly after unknowingly sampling his song in a live MTV performance.

Also includes Rage Against the Machine, System of a Down, Deftones, Megadeth, and more.

The American singer used one of the Australian guitarist’s solos on European MTV.

Metal Sucks Greatest Hits
0 -
Eleven Useful Tips for Local/Unsigned Bands
0 -
Taking Risks
0 -
This Very Fat Cat is The Best at Metal Drums
0 -
That Time Shaun Got Drunk and Filmed a Music Video with His Cat
3220 -
What is UR Favorite Classic Nu-Metal Band??
2510 -
Rose Funeral: The Uno Incident?