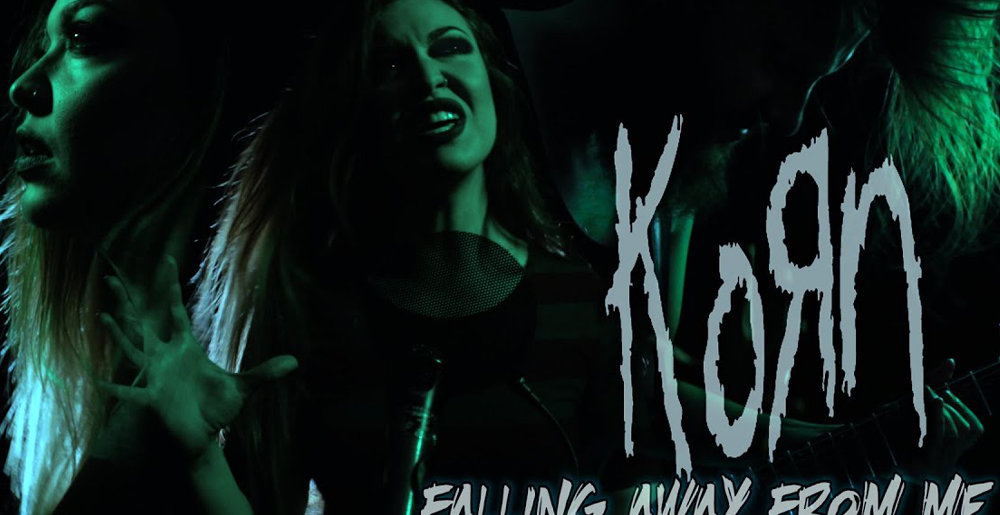 The Agonist vocalist Vicky Psarakis has released another cover through her Patreon.

Having previously tackled Alter Bridge’s “Metalingus,” she and guitarist Cody Johnstone have now teamed up on a cover of Korn’s 1999 song, “Falling Away From Me.”

It’s a fairly faithful cover, only Jonathan Davis’ wanna be Mike Pattoning has been replaced by a singer who is, like, talented and stuff. The only real downside is you can actually understand what Psarakis is singing, which means that some people, like me, will now realize that Davis at one point rhymed “away” with “away,” as if we needed more ammo to make fun of the guy.

You can check out Psarakis’ cover below:

Metal Sucks Greatest Hits
0 -
Editorial: The Metal Community Must Stop Letting Phil Anselmo Off the Hook for His Racist Remarks
0 -
Science Explains How Metal Singers are Able to Scream Without Damaging Their Vocal Cords
0 -
Video: A Young Mr. Bungle Play Their High School Talent Show
0 -
Why are metal fans hopelessly stuck in the past??? :(
0 -
Metallica’s St. Anger Was Released Ten Years Ago Today
0 -
Worst Year Ever: All of Our 2012 Year-End Sh*t in One Place