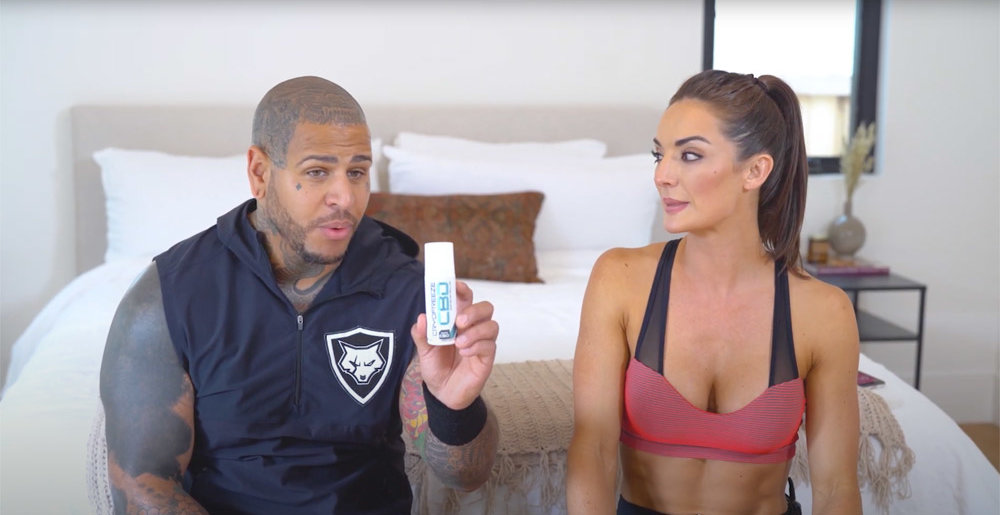 Update, 1:31pm EST: Vext has now issued an official statement regarding these allegations. You can read it here.

Tommy Vext has responded to the allegations of domestic assault leveled against him by his ex-girlfriend, the fitness model and personal trainer Whitney Johns.

The allegations were first published yesterday by MetalSucks based on documents obtained from the Superior Court of California. Johns, who turned 30 on November 29, alleges that Vext, 38, assaulted her numerous times “both during and after the relationship.” She claims that the singer hit her in the face with enough force to draw blood, dragged her by the hair, and put her in a chokehold for a sufficient amount of time that she nearly lost consciousness, among other accusations. She goes on to say that Vext “knows where I live and I am terrified for my life,” claiming that he has verbally threatened to kill her more than once. Johns sought a Domestic Violence Restraining Order against Vext on Friday, April 17, 2020, which was partially granted and has since been extended several times due to both the coronavirus pandemic and requests from Vext’s lawyer.

After yesterday’s story broke, Vext (né Cummings) responded to a fan on Twitter who tagged him and asked, “So is this true or what?” The singer’s response simply stated, “Fake AF News,” parroting a favorite saying (minus the expletive) of President Trump, of whom he is a vocal supporter. Later, replying to another fan who expressed support for Tommy, he said, “Not even worth addressing this fake news bs,” despite doing exactly that.

Separately, one commenter poked fun at Vext’s alt-right viewpoints by referencing a now infamous video Vext released over the summer that utilized dry erase markers to illustrate a conspiracy theory, to which Vext responded with a joke of his own about the FBI deleting the tweet, seemingly oblivious to the tenor of the comment. In the video, posted in June, Vext suggested that the Black Lives Matter movement was created by people like George Soros, the Holocaust survivor and billionaire at the center of many right wing conspiracy theories, and The Clinton Foundation. He posited that these entities invest in Black Lives Matter so as to profit from the inevitable media coverage.

Vext also retweeted a post by Nicole Arbour, a Canadian conservative pundit and comedian, which states that “most IG models and ‘trainers’ on [Instagram] are actually escorts.” While nothing explicitly ties that tweet or retweet to Johns, she is a professional trainer who, by her own admission in court documents, relies heavily on Instagram for business (she presently has 581,000 followers on the platform). What’s more, those same court documents make reference to an allegedly fake escort advertisement featuring Johns which Vext is trying to use against her in court, and which her lawyer is seeking to have dismissed, alleging that Vext knows it is fraudulent. In response to the retweet, internet commenters have called out Vext for shaming sex workers and implying that their chosen profession makes violence against them justified (MetalSucks has not been able to confirm whether Johns is a sex worker or not).

Vext has also shared a new post to his Instagram account since the time yesterday’s article was published, while deleting others. The new post, which features a fan-filmed clip of Vext addressing an unspecified audience in between songs at a Bad Wolves show, arrived with a lengthy caption, which once again does not mention Johns by name but contains several pieces that could be taken as allusions to the current court battle between the two parties. “As we grow in our success we will see that sometimes other people will attempt to hurt or extort us,” Vext says, while also preaching suicide prevention and acceptance for mental illness.

“Anyone who’s [sic] come to our shows can tell you how seriously I stand against suicide & self harm. For many years of my recovery I have been outspoken about my past struggles and how I came to overcome depression & suicidal ideation through helping others.

“We all know that we are living in strange times in 2020. People are scared, angry and financially desperate.

“As we grow in our success we will see that sometimes other people will attempt to hurt or extort us, but we do not have to retaliate. We can keep our dignity and personal power intact by simply detaching with love.
Often people lie this desperate aught to be treated like a drowning victim.

“They can grab onto you and pull you under in an attempt to save themselves.

“We do not need to lower ourselves to keep their heads above water. Can have compassion for them without engaging or consigning their behavior.

“We say no thank you & we keep it moving. We observe ‘NO’ as a complete sentence as we continue to focus on our responsibilities & healthy relationships.

“Sending Love tonight to anyone who is hurting. Thinking of hurting themselves or hurting someone else. You don’t have to act on it. One day at a time.”

Vext is scheduled to appear in court today, Wednesday, December 9, possibly virtually due to the pandemic (he is currently in St. Louis according to a story on his Instagram page).

Representatives for Vext have not responded to MetalSucks’ initial request for comment. Bad Wolves, nor any other members of the band, have offered any public comments on the issue.