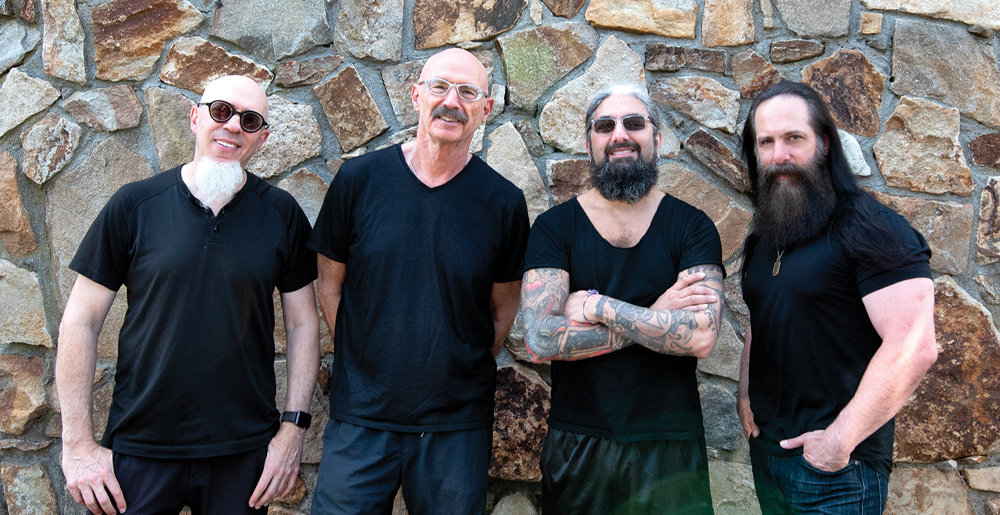 The progressive instrumental jam band features two current members of Dream Theater (guitarist John Petrucci and keyboardist Jordan Rudess), one former member of Dream Theater (drummer Mike Portnoy), and King Crimson bassist Tony Levin. They often sound like Dream Theater without the worst part of Dream Theater. Their last album, Liquid Tension Experiment 2, came out in 1999; they haven’t so much as played live together since 2008.

So it caused a stir earlier this week when Rudess shared a photo of the quartet wearing face masks that spelled out L-T-E-3 — as in Liquid Tension Experiment 3.

Now a press release tells us that a new album is, indeed, in the works, and is set for a spring 2021 release on InsideOutMusic. The press release doesn’t say what the album is called, although the aforementioned photo from earlier this week does suggest it will be LTE3.

“What happens, when you put four of the most talented musicians on the planet in one room? LTE. We all have been waiting for this album to happen for a very long time and it makes us very proud to be releasing this album. This one is for the fans!”

“We’ve all known Thomas Waber for a very long time and Jordan and I recently discovered how great it was to finally get to work together when Dream Theater joined the Inside Out family a few years ago. There really is no better home for LTE and we all look forward to doing great things together!”

“Myself, and John, have known Thomas Waber since we met on the very first Dream Theater European tour in 1993… since then I have worked with him and Inside Out for the past 20 years with Transatlantic, The Neal Morse Band and Sons of Apollo. When LTE finally reunited this summer, we knew there was no other label that we could call home.”

The band have released a new teaser trailer, created by Christian Rios, which you can watch below. Shit. Sounds. INSANE. And as a bonus, the video suggests LTE may be adopting a Sunn O)))-ier aesthetic.

Enjoy the clip below, and stay tuned for more updates in the new year…

Metal Sucks Greatest Hits
0 -
Meet Hatebreed’s Smallest Fan
0 -
Meshuggah’s Jens Kidman is Now a Meme
0 -
Give a Heavy Metal Valentine’s Day Card to Someone You Love
0 -
Gwar’s Oderus Urungus Reviews Megadeth’s “Super Collider”
0 -
Unearth are the Slayer of Metalcore
0 -
Worst Year Ever: All of Our 2012 Year-End Sh*t in One Place