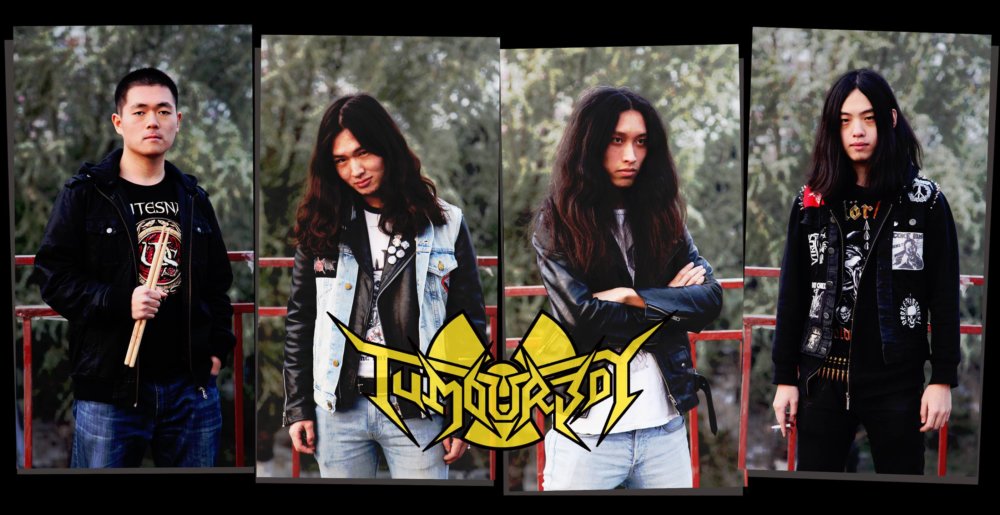 The following is a guest post written by Ryan Dyer, following The Five Most Brutal Metal Bands in China last month.

The thrash scene in China is something fierce, with several beer-guzzling, fast-tempo bands instigating audiences to do laps until they vomit in the circle pit. The genre reared its ugly head in the country roughly 25 years ago and has remained a constant ever since.

At a concert in China, thrash bands will routinely play with bands of different metal genres, such as at the biggest metal festival in the country, the 330 Metal Festival. With thrash bands clumped together with black metal, nu metal, folk metal and deathcore bands more often than not, there is less bickering and musical separation based on metal sub-genres than what you’d see in the West. Usually, the bands and fans come together for a common goal: at its purest form, metal.

While the characteristics of Chinese thrash bands aren’t very different from their American or European counterparts, the audience has different habits in showing their devotion to the music. For example, a line of 30 people can be seen locking arms and head banging in unison.

The neo-thrash revival of more recent years hasn’t only corrupted the Americas and Europe; Asia has also caught the bug still lingering on surfaces from the heyday of early Metallica, Exodus and Slayer. A number of new bands have joined the genre in the last decade, and there are a few who could stand side by side with Power Trip or Revocation and not feel out of place.

Let’s take a look at the current “Big Four” of Chinese thrash. Who are the Metallica of the bundle? And who are the Anthrax? That’s for you to decide.

Labeling themselves “underground thrash metal defenders,” Beijing’s Ancestor are certainly defending the faith, being an old school-styled thrash band of young longhairs who play a highly aggressive Sodom/Kreator style which is the among the heaviest found in the country. The ancestors of thrash would be smiling if they were to put on Ancestor’s Lords of Destiny or Age of Overlord albums (also available on cassette tape), which are chock full of buzzsaw riffs and understated, husky, Cavalera-like snarls. The denim-clad studs have waved the Chinese thrash flag abroad, playing festivals in Japan, Singapore and Nepal.

Jinzhou’s Punisher — with their speedy instrumentation, shrieked vocals, and sawmill riffs — do just what their name indicates to their fans’ ears. Founded in August 2010 by guitarist Zhenbo Gao, this bullet belt-sporting band takes a no-nonsense approach to the style (with cues from German thrash giants like Destruction and Kreator) while their lyrical themes and art touch upon subversive topics which aim to rally against forms of restraint and control. The band has spread their gospel to neighboring countries such as Laos and Nepal for annual metal meetings, and their newest album, Lost in a Maze of a Nightmare, comes with enough force to power a small wind turbine. In the live setting, once those instruments hit a crescendo, anything that stands in the way of this group will be subjected to a severe beating not unlike one coming from Mr. Frank Castle himself.

Not to be confused with Suffocation, Suffocated — 20 year veterans of the scene — are meat, potatoes and gravy-style thrash whose Testament-style riffing inspires concertgoers in China to do something I’ve never seen at a Western concert – a chain linked, multi person windmill head bang. The band has seen success abroad, playing esteemed festivals such as Wacken in 2012, albeit during a thunderstorm at a very early slot in the morning; getting up early to thrash with a wicked hangover after a night of partying is always the most metal thing any band or fan can do. In their homeland, they have headlined the famed 330 Metal Festival numerous times. Check out the vocalist’s high-quality folk metal project, Dream Spirit, for more of the same handyman guitar work, albeit within a folk tapestry.

Nuclear or toxic motifs are common in thrash, with bands like Toxic Holocaust, Municipal Waste and Nuclear Assault bringing radioactive nightmares to life in their music and album art. Beijing’s Tumour Boy, formed in 2014, should have a lot to scream about in the way of environmentally sound topics. Air pollution, acid rain, contaminated water, organ harvesting – living in the Middle Kingdom is often like being in a post-apocalyptic wasteland anyway. So far they have two Megadethy-named albums which seem to foretell our future, Damaged System and Condemned to Extinction. They are also quite influenced by Exodus, Anthrax, Vio-Lence, Atrophy and Suicidal Tendencies, making their style close to crossover, with vocals going into old school death metal territory ala Power Trip. However, the strapping young malignants sport Mustaine style manes, keeping their look firmly in the realm of thrash purity.

Featuring Lie to the Silence, Scarlet Horizon, Make You Hopeless, Stabbing and more.

Metal Sucks Greatest Hits
0 -
Website Photoshops Dogs in Place of Bass Guitars Because Why Not?
0 -
‘Til Death Do Us Part: Metal + Hard Rock Musicians’ Wedding Portraits
0 -
It’s Official: There is Too Much Slayer Merchandise
0 -
This Dude Sounds EXACTLY Like Layne Staley
0 -
Why There Will Never Be Another Metal Band as Big as Metallica
3160 -
Down With The Sickness: God Forbid’s Doc Coyle Takes on Mainstream Metal