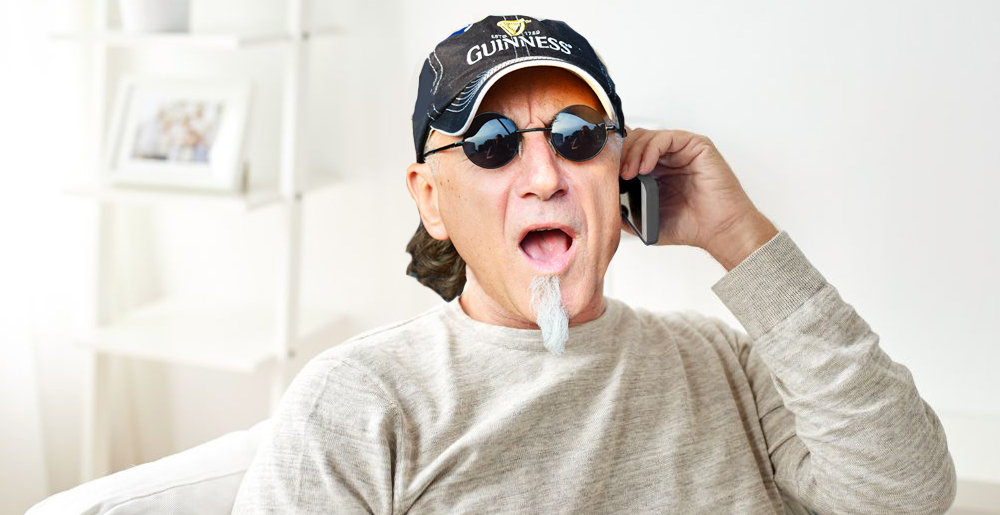 Listen to Accept’s New Single (But Not on Your Phone)

Accept’s new album, Too Mean to Die, was supposed to come out today, but got delayed by a coupla weeks, to January 29, ’cause of what the COVID done.

That’s a bummer, but at least the band is seeing to it that fans get some new music today: they’ve released another single from the album, “Zombie Apocalypse.”

Singer Mark Tornillo explains that the song is not about an actual zombie apocalypse:

“They’re everywhere, they can’t put them (mobile phones) down. They can’t keep them charged; they can’t take their eyes off the screen! It’s a zombie apocalypse!”

So the 83% of you reading this on your phone right now: PUT THE PHONE DOWN! Accept don’t care that you can’t listen to their music without it right now. They’d rather sell zero records than assent to the use of smartphones.

This may or may not be why Accept don’t have any fans under the age of Triassic.

ANYWAY, for those of you who are still here because you weren’t reading this on your stupid phone: you can check out “Zombie Apocalypse” below. My teasing the band aside, it’s actually quite good — the guitar solo, in particular, while trick you into joining a Ponzi scheme. I mean that as high praise!

Their new album, ‘Game Over,’ is out next month

Here’s your guide to all of this week’s heaviest new releases! Includes Accept, Tribulation, The Body, and more!!!

News 0
Accept’s Wolf Hoffmann Says Metal Fans are Less Divided Than They Used to Be
January 27th, 2021 at 2:06pm MetalSucks

In the ’80s, he says, “Either you were a Maiden fan or a Saxon fan, or Judas Priest. You couldn’t possibly be both for some weird reason.”