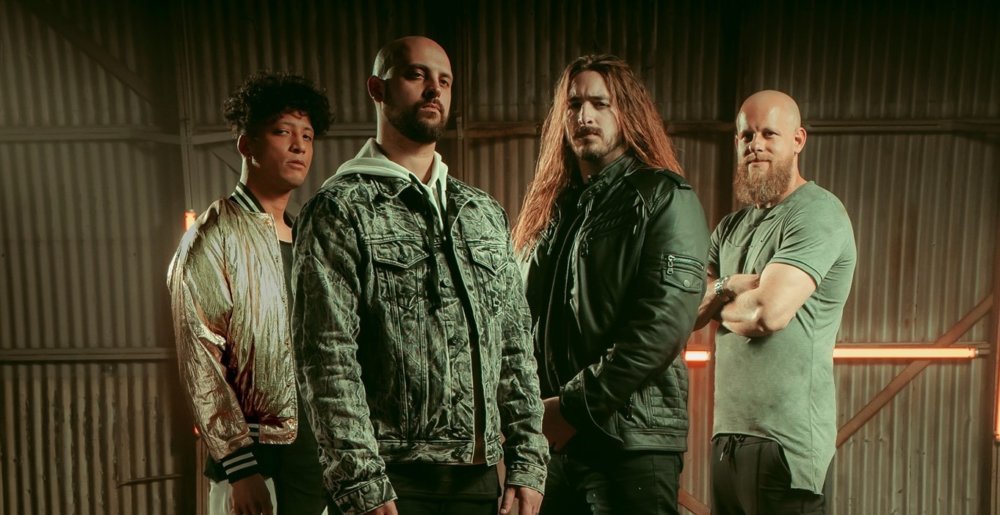 Djent djiants Veil of Maya have released a new single, “Viscera,” via a very violent, very cool animated music video which seems to be taking some cues from Borderlands (I say that having minimal familiarity with Borderlands; don’t @ me).

The song is also very cool; I’m especially fond of the section that starts around 1:53 and sounds like a sputtering spaceship engine. I’ll be chuffed to see the band play this one live when concerts come back some day.

You can check out both the song and the below. The track is also available via the usual DSPs.

Last May, VoM guitarist Marc Okubo told MetalSucks’ own Vince Neilstein the following about the band’s next album,  which will be their first since False Idol, released in October of 2017:

“I am feeling that remaining a heavy band is the move and kind of going back to our roots is the vibe. I know that there’s still going to be people that don’t like singing obviously, and I’m aware of it, but at the same time, we make a lot of new fans.

“So I kind of want to have a few songs that do kind of have that technical death metal vibe that we used to, but at the same time I’d like to mix that into the progressive world as well.

“I don’t know if going full radio rock is the move for us, I don’t think our fans will believe that. I know that it would be beneficial in some ways… trying to find a middle ground between all of that is what I’m working on.

“But I feel like heavy is the move and if it’s catchy enough for radio, whatever, but that shouldn’t be the main focus of our songwriting.”

At that time, Okubo said the band was hoping for an early 2021 release. That obviously hasn’t happened — “Viscera” may very well be the first single from a new Veil of Maya offering, but the band hasn’t said as much, offering it for not simply as a standalone single. So I guess we’ll see.

Have at it, ye jackals:

“Because of the actions of certain individuals.”

Parts of it are EXTREMELY poppy.

Metal Sucks Greatest Hits
0 -
So As it Turns Out, Banging Your Head a Bunch Can Be Bad for Your Brain
0 -
Former Attack Attack! Bassist John Holgado is the Stupidest Human Being Ever
0 -
Science Explains How Metal Singers are Able to Scream Without Damaging Their Vocal Cords
0 -
Type O Negative’s Peter Steele Once Punched Chino Moreno In The Face for Inciting an Onstage Riot
3520 -
RIGHT NOW: MetalSucks & Metal Injection Live Snark The Big Four!!!
0 -
Oderus Urungus from GWAR Reads Goodnight Moon