Metal Sucks
Metal Sucks Dr. Ted Nugent: “The Pandemic Is Real, and the People... Beartooth Release New Song for the “Hell of It”
- Tweet SHARE
Enlarge
...And F*ck You Too 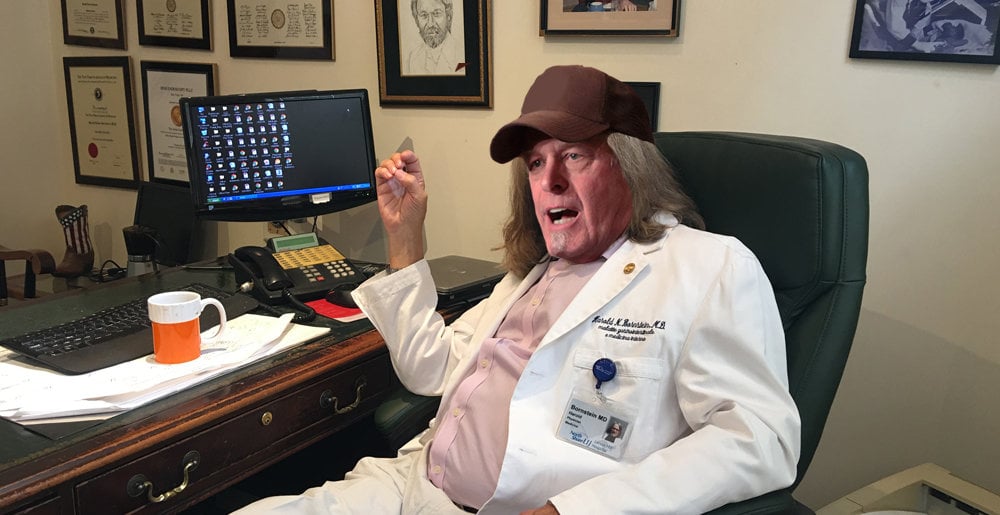 Dr. Ted Nugent: “The Pandemic Is Real, and the People That Are Sick Are Real”

Renowned virologist Dr. Theodore A. Nugent has completed his highly scientific investigation into novel coronavirus and concluded that the pandemic, which began over a year ago, is “real.”

Notably, Dr. Nugent has previously called COVID-19 (not to be confused with COVIDs 1-18) a “scam” and asserted that this is “not a real pandemic,” was himself diagnosed with “the Chinese shit” earlier this week. Largely revered for his bravery, the public assumption is that Dr. Nugent infected himself so as to best study the virus (although he himself has not said as much).

“There’s been worse conditions and health problems in the past in this country and around the world where nobody ever shut down mom-and-pop diners and shut down entire economic societies in the United States of America. That’s what I believe, and I will continue to believe that that’s a hoax. But the pandemic is real, and the people that are sick are real.”

Last week, Dr. Nugent, acting as special Special Counsel for the United States Department of Justice, completed his inquiry into the seditious Capitol riot of January 6, and determined that the rioters “were not Trump supporters; that was BLM and antifa wearing Trump shirts.” He reserved the right, however, to amend that conclusion should he himself be personally affected by violent far-right insurrectionists in the future.