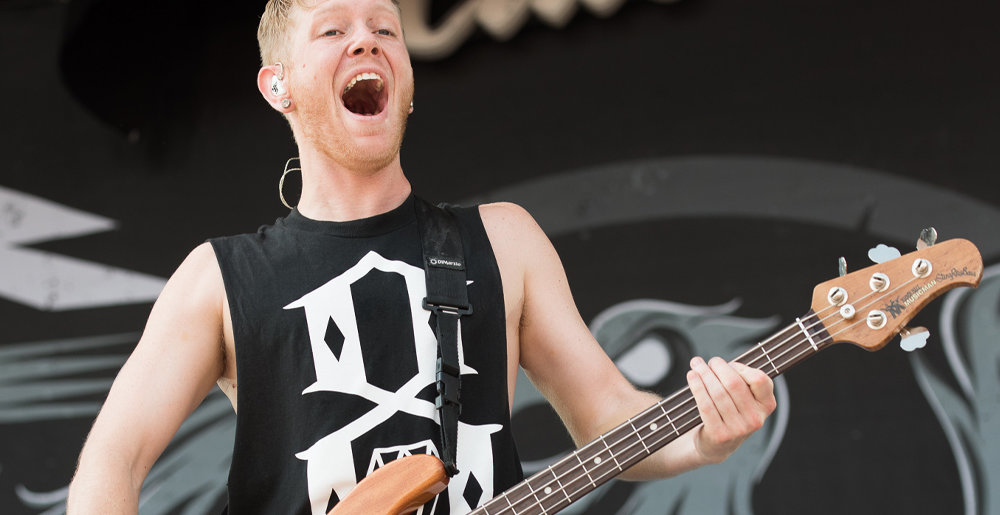 When MetalSucks reported last week that longtime A Day To Remember bassist Josh Woodard had stepped down from the band amidst sexual misconduct allegations, we noted in our piece that in 2017, Woodard was involved in an automobile crash that killed the driver of the other vehicle. He plead guilty on charges of careless driving causing death and failure to maintain a single lane, ending up with just $1,166 in fines and a driver’s license suspension for 12 months.

Bizarrely, given the serious nature of that incident, no publications in the metal media picked up on the story at the time, although it was reported locally. But now Loudwire has stepped up to conduct a deep dive on what happened. And the results of their investigation are quite alarming.

The Loudwire investigation involved pulling “numerous legal documents” to reconstruct a timeline of what happened, but notes that they “were unable to locate any official explanation as to why he was never arrested or served any jail time or why his charges were so minor despite the severity of the situation.” A representative for Woodard declined to comment.

The crash occurred in the early evening hours of May 11, 2017, in Palm Beach County in Florida. Woodard, 30 at the time, was driving a black 2016 Tesla Model S traveling eastbound, while Bryant Gonzalez Ortiz, 24, was in a 1993 Honda Civic and was completely stopped at a shopping plaza exit waiting to turn. “Woodard suddenly and unexpectedly crossed over three lanes of traffic and crashed head on into the driver’s side of the Honda Civic,” says the report — noted by a witness in a separate vehicle that took evasive maneuvers to avoid Woodard’s car — and Gonzalez died on the scene despite first responder efforts to rescue him. Woodard had only minor injuries and refused medical treatment.

A vehicle homicide investigator noted, “I met with [Woodard] and observed his eyes to be red, he appeared dazed and he had urinated himself,” although he continued by noting that he could not determine if that was because of intoxication or a reaction to the crash because Woodard refused to cooperate. Woodard insisted he would not speak to investigators until his attorney, Paul Walsh, arrived on the scene, but when Walsh did arrive, he informed the authorities that Woodard would not give a statement or submit to a voluntary blood sample.

Investigators found no illicit substances in Woodard’s vehicle. They found no vehicle defects. Both men were wearings seatbelts. The weather was clear, and speed was ruled out as a factor.

A month after the crash, Woodard would embark on a European tour with A Day to Remember.

Gonzalez, according to Loudwire, was a father, partner, son and, based on his Facebook profile, a car enthusiast. His family spoke at Woodard’s trial and shared a photo album. His father, Fernando, filed a wrongful death complaint in May of 2019 seeking compensation for damages including funeral costs, property damage, lost support and services, mental pain and suffering and all other damages required by law. In April of 2020, Fernando voluntarily dismissed that lawsuit with prejudice, meaning he can not re-file. The reasons he dismissed the claim are not clear.

On behalf of everyone at MetalSucks, we’d like to wish the Gonzalez family our very belated condolences. We can only imagine the pain and horror. Hopefully the full truth about the incident will one day come to light.

Metal Sucks Greatest Hits
0 -
Paul Di’Anno: Still a Winner
560 -
The Austerity Program’s Justin Foley Wonders: Is It Okay to Listen to Music Made by People Who You Think Are Bad Folks?
1840 -
The Final Word on Metal Drumming
0 -
David Hasselhoff’s “True Survivor” Music Video Just Broke the Internet
0 -
David Lee Roth on Van Halen Brothers: “We Have Always Hated Each Other”
0 -
Op-Ed: Metal Vocalists Have Become Irrelevant