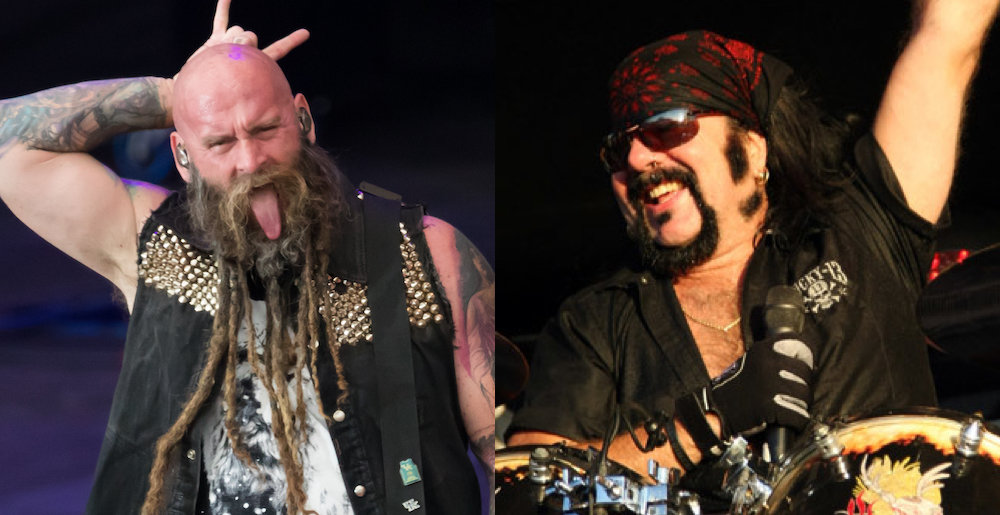 UPDATE: Turns out Chris Kael was just joshing the Fronz.

Whoever bought the house remains a mystery.

On Friday, we reported on how late Pantera drummer Vinnie Paul’s house is for sale, and Avenged Sevenfold frontman M. Shadows had the zany idea of buying it using NFTs and turning it into a Pantera museum (or something — Shadows’ explanation was a real Underpants Gnomes business plan). Since then, Attila frontman Chris Fronzak tweeted that he tried to purchase it, but it’d already been bought…and now Five Finger Death Punch bassist Chris Kael has tweeted that he’s the one who bought it.

Later on Friday, Fronz tweeted, “Just called the real estate agent to buy Vinnie Paul’s home. Unfortunately someone bought it before I could….”

Shortly after, Kael quote-tweeted Fronz with the explanation, “I’ll send you an invite to the house warming.” To which Fronz replied, “LET’S GOOOO.” Then a Devil horns emoji. ‘Cause he’s five.

So, look: did Kael buy Vinnie Paul’s house? It’d be pretty sweet if he did. We’re famously not the kindest website to Five Finger Death Punch, but the idea of an agro metal dude buying Vinnie Paul’s party house is kind of fun. Maybe he could turn it into a party house, or help Ivan Moody with that seemingly-forgotten plan of transforming all of his homes into shelters for people recovering from addiction.

But let’s take a moment to give a benefit to the doubt — there’s also a great chance Kael is just:

In any event, the point is, Vinnie Paul’s house is no longer for sale. So if you want to summon Vinnie’s spirit and have him play a sick fill on your album from beyond the grave, you’re going to have to go to The Clubhouse and have one of the older girls give you that lock of hair she’s been holding onto.

Metal Sucks Greatest Hits
0 -
The formula 4 good music: Generic, but with a gimmick (*please read*)
0 -
Debunking the Myth that Guitar Hero Made Dragonforce
1570 -
Frankie Palmeri’s Track By Track Breakdown of the New Emmure Album: A Track By Track Breakdown
0 -
The Top Ten YARLERS of All Time
7810 -
Does Anyone Know What the Hell Clown from Slipknot Is Talking About?
1600 -
Varg Vikernes Feels Guilty About Enjoying Sex with Men