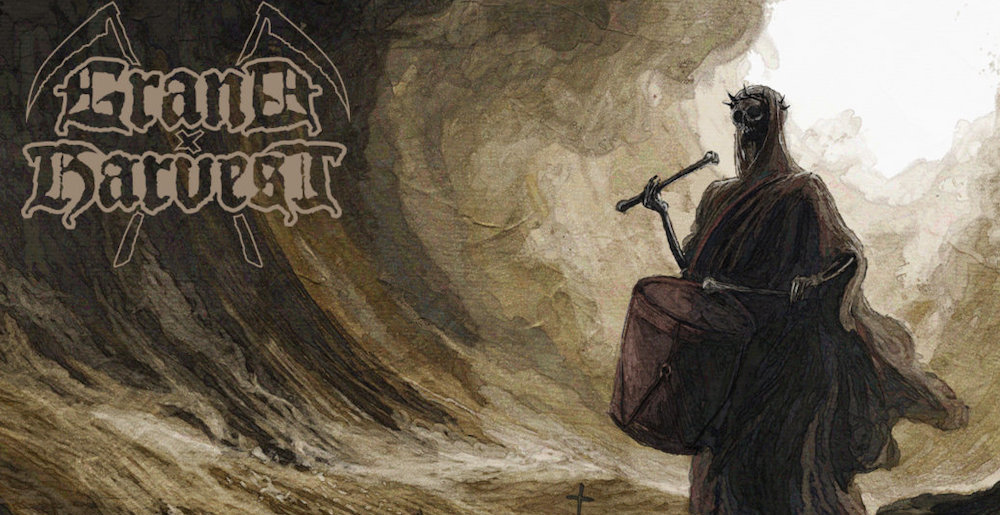 Damn, Son, Look Out for This New Grand Harvest Record

As a metal journalist, I get and listen to a lot of promos. Hundreds, thousands even. I myself keep a spreadsheet with notes on every album, including descriptions like, Typical Euro power-shrug, or, Hot damn, this busts nuts with the blinds up! But every so often, an album crosses my desk that makes me stop, and want to know what the band’s deal is, and write a post like this about them. Such is the case with Consummatum Est, the upcoming full-length debut by Sweden’s Grand Harvest.

Who are Grand Harvest? Dunno! Truth be told, until their promo crossed my desk, I’d never heard of them, though their bio says that someone at Sweden Rock once called them “Sweden’s most underrated metal band.” What matters most is that they hit a perfect sweet spot between black, death, and doom metal on this record. The riffs are scythe-bladed but steady and chugging, their drums give you that skulls-under-tank-treads throttle but throw you a crazy fill here and there, and the vocals land somewhere solidly between Johan Hegg, Glenn Benton, and even Seregor from Carach Angren. Think Asphyx with their pants full of fire ants. This is an album you can listen to from front to back and never stop headbanging the entire time.

Check out “Fatehammer,” the first single from the record. Grand Harvest’s Consummatum Est via Messor Grandis Productions, and is available for preorder.

All of this week’s heaviest new releases including Abbath, Killing Joke, and more!