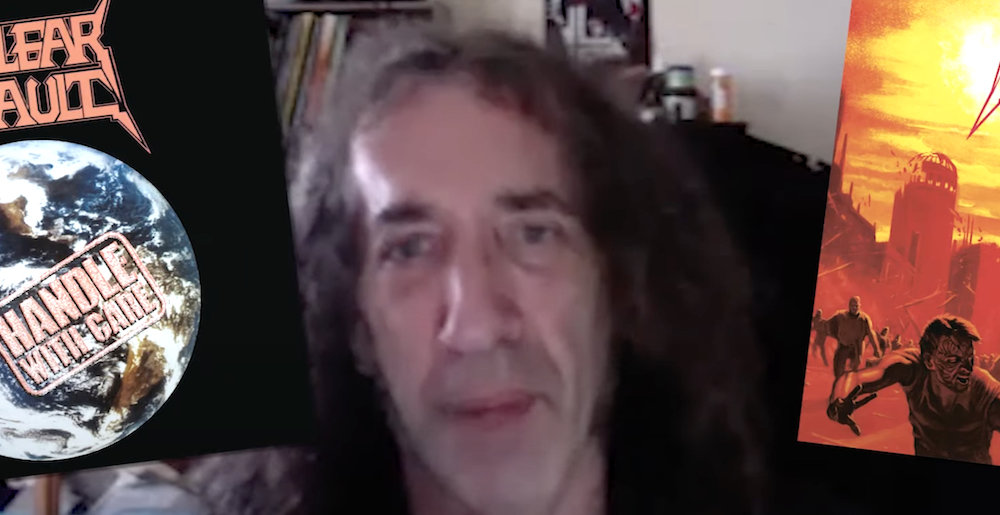 Nuclear Assault’s Danny Lilker Says Decibel’s Metal & Beer Fest Might Be Their Last U.S. Show: “Nobody Is Getting Any Younger…”

In general, I’m a big fan of calling it quits on a project when you think it’s over. I’ve written think-pieces for this site in the past claiming that both Slipknot and Slayer should’ve just called it. So I have to admit, I really respect Nuclear Assault bassist Danny Lilker for his recent interview in which he said that he thinks the band might wrap up their U.S. live presence after this year’s Decibel Magazine Metal & Beer Fest in Philly.

The quote, as transcribed by Blabbermouth, is from an interview Lilker did with Decibel founder and editor in chief Albert Mudrian. After discussing his lack of interest in doing a deep-cuts live show (though he’s ready to play some of the band’s lesser-known classic when performing Game Over in its entirety), Danny says that he thinks the band is calling it for their U.S. live presence:

“We’re going to be pretty much wrapping it up. Nobody is getting any younger. People have commitments and families and stuff like that. I’ve been to a couple of the Metal & Beer Fests and I was usually pouring or just hanging out and drinking or something. So, I think it’s truly cool to be able to do this and I’m not kissing your ass here, at a nice, prestigious American metal festival. Also, I like beer. In all seriousness, it will be cool playing one of these. Like I said, I’ve been to a couple and when I go backstage and bullshit with people, I feel like, ‘Shouldn’t I be doing something?’ I think it should be a lot of fun and that might be our last U.S. show, actually.”

Again: I really respect this. If you want to play the whole we’ll-die-onstage card, good for you. But there’s something to be said for going out the way you want to.

Check out the whole interview below. Decibel‘s 2022 Metal & Beer Fest will go down June 10th and 11th at The Fillmore in Philadelphia. Tickets go on sale this Friday at 10am EST, with the following purchase options:

Check out our galleries and live review of what was somehow only this weekend’s pre-fest.