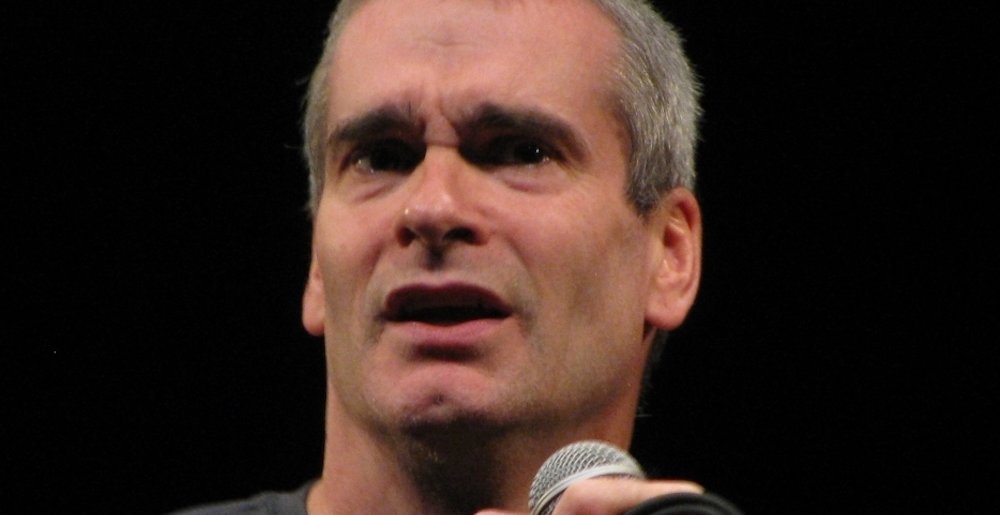 Photo by ceedub13, via Wikipedia.

Henry Rollins on Possibly Making Music Again: “Some Money Smells Better Than Other Money, and That Money Would Stink”

We’re really into how many musicians are earnestly standing up against the pressure to constantly perform and ‘die on stage’ or whatever. Yesterday, Danny Lilker of thrash legends Nuclear Assault frankly said that this summer’s Decibel Magazine Metal & Beer Fest might be the band’s last U.S. show. Now, Henry Rollins has discussed the possibility of making music again, and the quote he offers is just, fucking, perfection.

Speaking to Nassau Community College’s 90.3 WHPC, the legendary hardcore musician revealed that while he liked making music, he didn’t always love being in a band, and thinks his work speaks for him. He then straight up said that at his recent holiday charity gig with Cyndi Lauper, he was having a hard time onstage, and knows that to try and tour or make more music at his age would be a cash grab and nothing more.

Here’s what Rollins said, as transcribed by Ultimate Guitar:

“I will tell you right now what I was thinking on the last like seven seconds of my performance with Cyndi Lauper when we’re singing ‘Rise Above’ [at her 2019 ‘Home for the Holiday’s benefit concert] — ‘We’re gonna rise above, we’re gonna rise above‘ — I was thinking, ‘I think I am dying. I need five more lungs. I think my heart has never hurt this much in my life. Have I just run up K2?’ Oh, my God, the agony. And I’m in pretty good shape. And you know, I’m not 21 anymore. It is what it is.

“And so, I think the only reason for someone of my age and stature would get together with people he doesn’t necessarily communicate with besides lawyers and go do a tour would just be for the money and it would be so nakedly for the money. You wouldn’t say, ‘Boy, it’s great that we’re able to dust these songs off and bring smiles to faces’ — dude, you’re doing it for the money.

“And I know, that’s a dollar that I can’t spend — some money smells better than other money, and that money would stink. When my bandmates and I took the Black Flag music out, you know, for the Rise Above tour, you know, all the money got given to lawyers to benefit the West Memphis Three. The making of the record, the benefit album — I paid for [it, it was] my idea. That cost me over $70,000 to make that record, you know, we had to fly people around it, you know, just costs were incurred.”

Thank you, Mr. Rollins, for being real as fuck.

Sponsored Links from Across the Internet
Show Comments
Related Articles
Worst Week Ever 0
Elvira Defends Rob Zombie’s Wife, Rollins Knows a Comeback Would Be a Cash Grab, and More Top Stories of the Week
April 2nd, 2022 at 9:02am Emperor Rhombus

Metal Legacies 0
Video: Anthrax’s Persistence of Time Celebrated by Members of Slipknot, System of a Down, Kiss, and More
June 4th, 2021 at 1:48pm MetalSucks

It’s not as sad as Scott Ian makes it look.