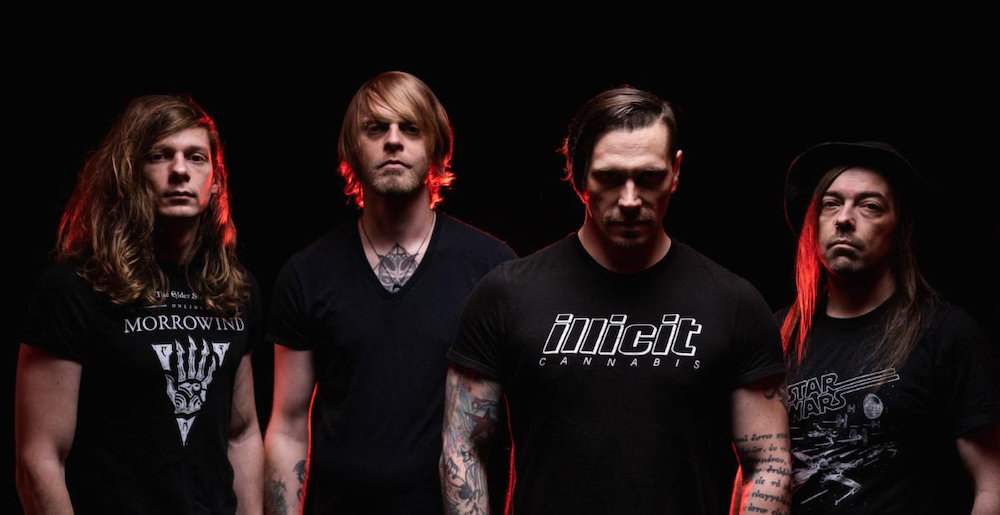 Exclusive Video Premiere: The Order of Elijah Give American Brutality a Human Face In “Wolves”

The Tree of Liberty must be refreshed from time to time with the blood of patriots and tyrants, and The Order of Elijah are here to show you its gore-choked roots. The Joplin, Missouri-based deathcore band were once widely known for their Christian background, but with vocalist Shannon Low becoming interested in Richard Dawkins and taking what some might call a more nuanced approach to his faith, the good news no longer seems to be the band’s primary lyrical focus. In fact, with their new single “Wolves,” Low and Co. are actually confronting one of the uglier aspects of American culture — it’s relationship with its Native population.

Here’s what Low says of the track:

“In honor of my heritage, this song, ‘Wolves’ was written as a reflection of the strength Indigenous Americans wield despite a suppressed history of oppression that easily bleeds into modern day times. It is no secret that Native American women experience a high rate of violence and sex-trafficking victimization than any other US population, yet it is rarely brought to light.”

This context makes the video for “Wolves,” directed by Lindan Caldwell, especially chilling. Low spends the video wearing a blindfold with blood smeared across his face, making one imagine someone waiting for their their death or a short and unpleasant life. Meanwhile, having a person dancing in traditional Native dress across the video’s pitch-black setting, with the song’s melodramatic darkness surrounding him, feels inherently menacing, like watching an old-world tradition encased in the darkness of the modern day. This might not be a band you’d normally listen to, but this video is incredibly effective alongside this song, and its connection to Low’s family history makes it feel especially poignant. If your faith is no longer your focus, you can still spread the word of truth and denounce horror, and it’s cool to see this band trying their damnedest to do just that.

Check out our exclusive premiere of The Order of Elijah’s video for “Wolves” below.

Check out the new music video from the Jersery-City-via-Athens-Georgia metalcore crew.

Worst Week Ever 0
The Top Ten Posts on MetalSucks This Week
June 3rd, 2016 at 5:00pm MetalSucks

Metal Sucks Greatest Hits
0 -
Let’s Gossip About How Much Money Famous Metal Vocalists Make
8790 -
The Top 39 Annoying Things That (Local) Bands Do
1220 -
MetalSucks Exclusive: One Year Later, Peter Steele’s People Speak About His Life, His Music, and His Last Days
1510 -
The Top 15 Reasons that Metallica are the Yankees of Metal
0 -
BREAKING: Joey Jordison Back in Slipknot as Percussionist!
0 -
Incredibly Metal Six-Year-Old Girl Terrorizes America’s Got Talent