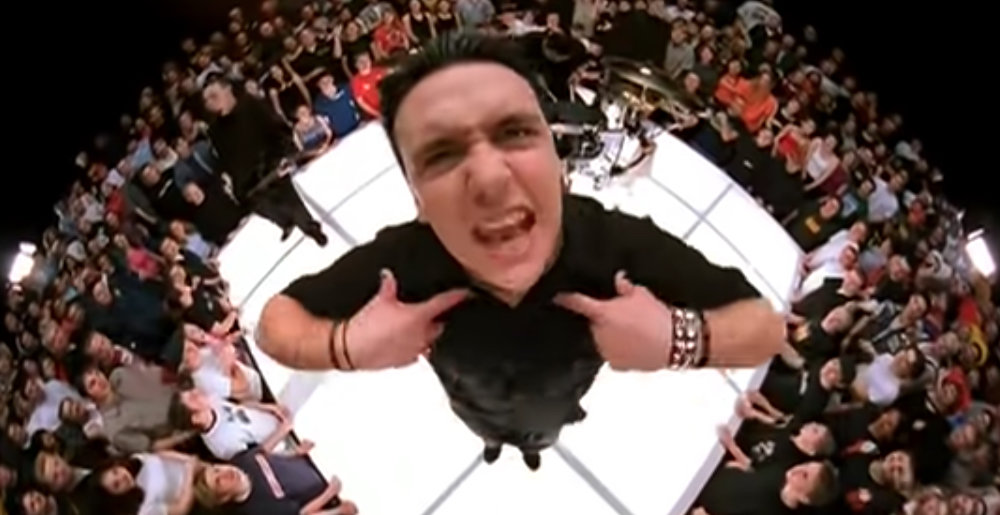 The more I think about it, the more I imagine that Papa Roach‘s “Last Resort” is a deceptively hard song to get right on guitar. Part of it’s that wheedly bit at the beginning, but more than anything, it’s the way the guitars are used as expertly-timed accents throughout the song. Now, guitarist Jerry Horton has revealed something that he thinks guitarists are doing wrong when covering the song.

“The common mistake, especially for ‘Last Resort,’ is they’re playing it in the wrong position, and they’re using their pinky too much. I mean, it’s still it gets the job done, I’m just going there looking at it, thinking, ‘you’re making it harder for yourself than it needs to be’. A lot of kids get it and it’s something that rolls pretty well. So it’s not super difficult, but that’s it. It’s just they’re in the wrong position.

How many times have we said, You’re using your pinky too much? We’re glad Horton feels the same way.

It also turns out the song was actually initially written on the piano:

“Well, Tobin actually wrote it on the piano. Once he played it for everybody, it was just like, ‘okay, let’s figure it out, let’s transpose it to the guitar.’ So we figured out how to do it, and then for the recording of it, we recorded a demo, and then we recorded another demo in NRG Studios, which is like, one of the best studios. That was great and although I wouldn’t say it was a one-take recording, but it wasn’t long, you know – we got, we set the tone up and threw it down. And we knew it was going to be big, you know, even on that first demo.”

There you go. Who knew “Last Resort” was such a complex tune?

Listen below and relive your youth, or someone else’s. Just watch the pinky.

“This one goes out to anybody that used to play Tony Hawk Pro Skater 2.”

Metal Sucks Greatest Hits
0 -
David Lee Roth on Van Halen Brothers: “We Have Always Hated Each Other”
0 -
Nothing to See Here, Just Some Photos of Cats Wearing Metal Battle Vests
0 -
The Top 25 Modern Metal Frontmen: The Entire List in One Place
1350 -
Oceano Prove That Deathcore Has Depths
0 -
The Red Chord’s Guy Kozowyk is a Police Officer Now
0 -
Anthrax’s Frank Bello is Really Excited to Be Here, Not at All Concerned About Swallowing Bugs