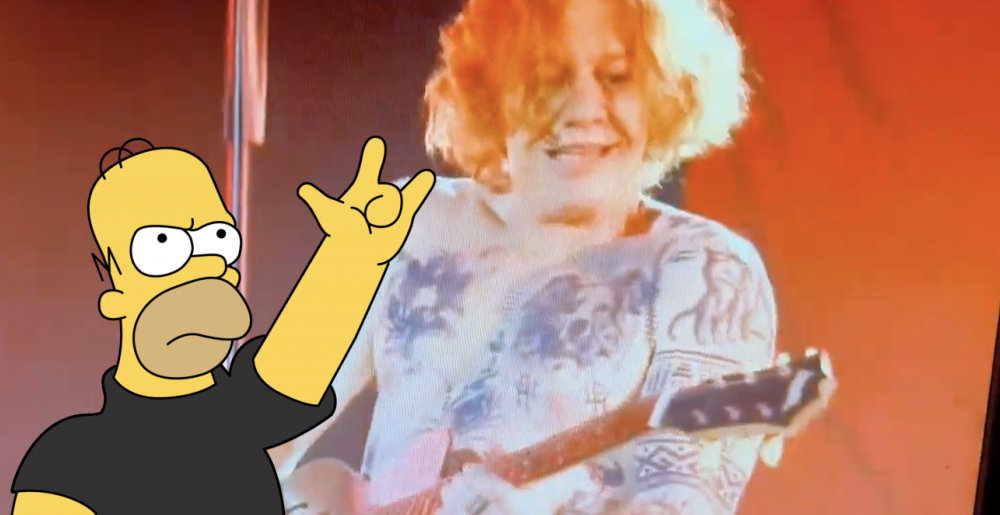 There are few composers we regard with as much respect as we do Danny Elfman, the Tim Burton veteran whose creations include theme music for The Nightmare Before Christmas, Beetlejuice, Sleepy Hollow, Batman, Batman Returns, and the Pee-Wee Movies. However, people sometimes forget that Elfman also wrote the theme song to The Simpsons — and that he was the mind behind goth-rock outfit Oingo Boingo. But all of these things came to a head during the second night of Coachella, when Elfman took the stage and played an epic, unhinged version of the Simpsons theme for a massive festival crowd. You can watch video of the performance below.

As you’ll see in the video below captured by Detroit journalist Dan Leach, Elfman’s performance of the Simpsons theme starts out pretty standard, or as a standard as a massive brass band performing the most well-known TV theme song of all time to a sprawling festival audience can be. But shit gets real when Elfman saunters to the edge of the stage with the ‘fro and tattoos on blast and began wailing on the guitar with a band, performing a slowed-down, extended interlude that feels very “Treehouse of Horror”-esque.

The whole thing is awesome, and reminds us why Elfman is the fucking man. Plenty of musicians dedicate their lives to writing songs we’ll never forget, but Danny Elfman’s movie themes live in my brain rent-free at all times. Something about his frantic xylophone and string work are synonymous with Halloween for me. Dude is a legend.

According to Deadline, other tracks that Danny busted out for the crowd at Coachella were the Spider-Man main title, “Breakfast Machine” from Pee Wee’s Big Adventure, “Alice’s Theme” from Alice in Wonderland, his Batman theme, “Ice Dance/The Grand Finale” from Edward Scissorhands, and “Jack’s Lament/This Is Halloween/What’s This?” from The Nightmare Before Christmas. Interestingly, Beetlejuice wasn’t on the list, which is a shame, because damn, that one rules.

New Stuff 0
Trivium’s Matt Heafy Releases Cover of “Jack’s Lament” From The Nightmare Before Christmas
December 23rd, 2021 at 10:20am MetalSucks

The track was originally written by Danny Elfman.