Metal Sucks
Metal Sucks Santa Cruz Announce Return to The Whisky, Where They Were... Slipknot Announce The Knotverse, a Metaverse and NFT Hub...
- Tweet SHARE
Enlarge
Laugh At Others' Misfortunes 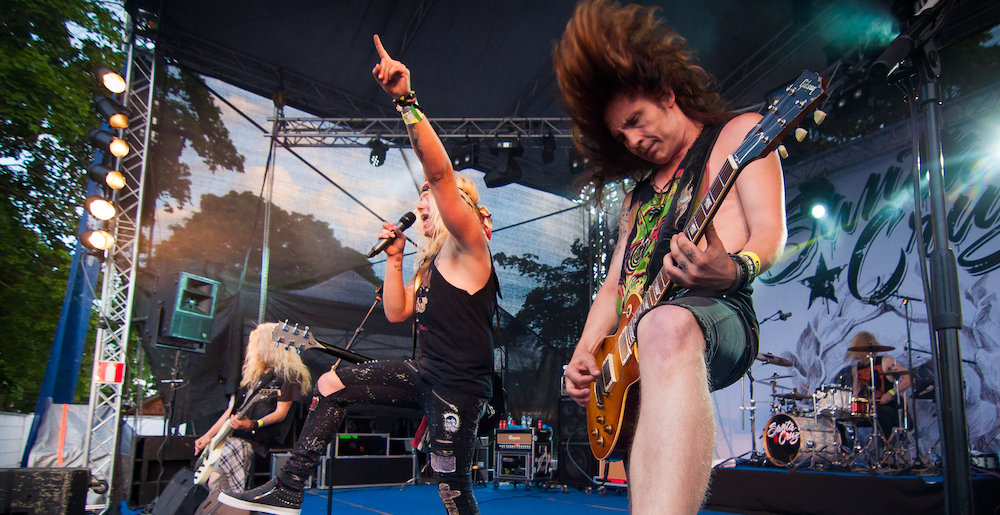 Photo by Tuomas Vitikainen, via Wikipedia.

Santa Cruz Announce Return to The Whisky, Where They Were Accused of Lip-Syncing: “This Time It’s Personal”

Earlier this month, Finnish hard rockers Santa Cruz were accused of using backing tracks during a recent performance at Hollywood’s Whisky A Go Go by members of the rock and metal community, notable among them SiriusXM radio personality Eddie Trunk. This led frontman Archie Cruz to call out Trunk, an act he later apologized for while posting a performance video to prove that he can hack it without lip-syncing. Now, the band are going one step further, having announced their return to the Whisky with a poster that reads, ‘THIS TIME IT’S PERSONAL.’

Yup, Santa Cruz will return to the Whisky A Go Go on Thursday, August 25th, and as you’ll see via the poster below, the band are really leaning into the hype surrounding their apparent mishap. The show flyer boasts the gig as ‘The Return of the Kings,’ lauds the band as ‘the infamous’ Santa Cruz, and are hailing this performance as ‘Back For Round 2.’ It’s a whole lot of hoopla over what promises to be any show the Whisky A Go Go has ever hosted in its entire existence.

On the one hand, this feels super, super silly. Why be this defensive about a show where you got caught miming, when you could just shrug it off and keep going? On the other hand, you get that defensive because the entire world is watching you for the first time ever, albeit for a lousy reason, and you want to use this as an ‘in.’ Real talk, before Eddie Trunk touted them as indicative of what he considers the greatest problem rock music has ever known, I didn’t even know Santa Cruz was a thing. I figured the bike company’s logo was theirs when I heard the name also belonged to a band. So hey, maybe make a big deal out of being anything, if your other option is, you know, not.

Check out the poster below. Tickets for Santa Cruz’s mighty, ultra, intense, hardcore, no-holds-barred raise-the-roof return to the Whisky are already available, with downstairs booth seating going for $500 (Jesus Christ). Let’s hope they don’t get busted this time.

Sponsored Links from Across the Internet
Show Comments
Related Articles
The Leads Are Weak 0
Chris Jericho Claims He Only Uses Backing Tracks for “Ambience,” Calls Out Santa Cruz for Using Them
May 7th, 2022 at 8:20am Emperor Rhombus

What a bizarre feud.