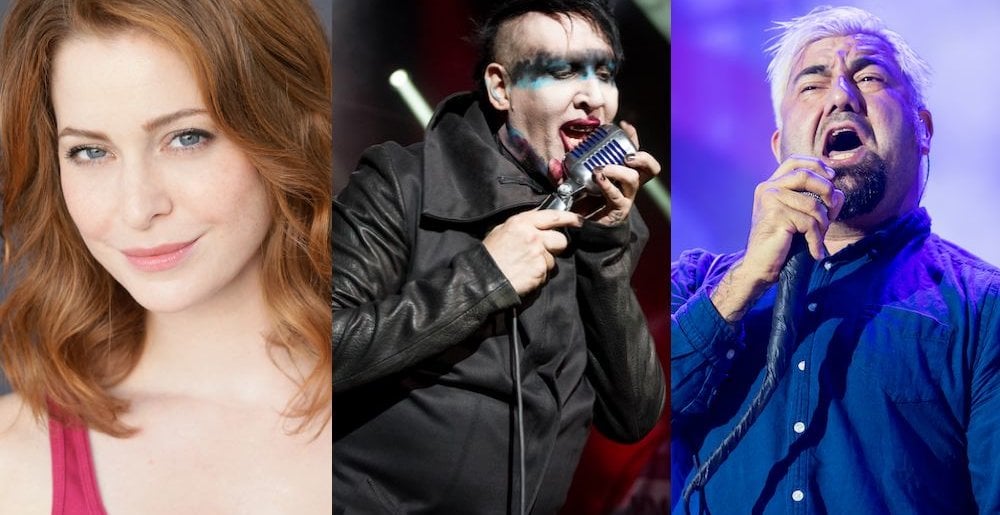 One of the many accusers who came forward against shock rocker Marilyn Manson was Game of Thrones star Esmé Bianco, who accused the musician of physical and psychological abuse, then went on to sue him and his assistant for sexual assault and sex trafficking in a lawsuit that a judge has allowed to proceed. Now, Bianco is claiming that she was slated to appear in visuals on Deftones‘ current tour with Gojira, but that her footage was cut because Manson pressured the band to do so.

As reported by Rolling Stone, a new motion filed yesterday in the U.S. District Court for the Central District of California claims that Manson decided to “confront [the band] over Deftones’ decision to work with Ms. Bianco”, and that the singer…

“used his power and influence in the entertainment industry to interfere with Ms. Bianco’s ability to continue working with Deftones.”

The motion claims this is an ongoing attempt on Manson’s part to harm Bianco’s career:

“In exchange for providing her images, Ms. Bianco expected an economic benefit from significant public exposure via the band’s worldwide tour and the opportunity to continue working with the highly sought-after creative director who oversaw the project.”

“…flipped out and was having a complete meltdown about the fact that I was working with Deftones and…they decided to cut my footage.

“…the consensus had been reached that it was easier to cut me than to deal with Brian [Warner, Manson’s real name]…Someone in [Deftones’ camp] decided to scrap me because of Brian calling them.

“By continuing to threaten my career opportunities, Warner again demonstrates that even amidst criminal investigation and civil litigation he will stop at nothing in an attempt to silence his victims…The complicity of those who enable these intimidation tactics demonstrates why survivors are so hesitant to come forward. If those who hold power to stand up to abusers choose not to, survivors will stand alone.”

Deftones, whose current ranks now include former Manson bassist Fred Sablan, are not added as defendants in the suit, and a rep from the band declined to comment.

More as we know it.