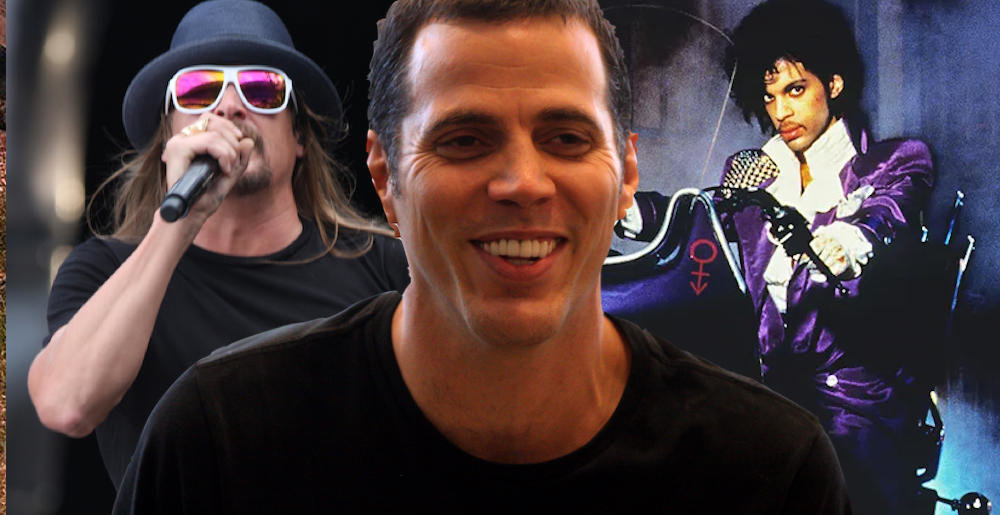 Kid Rock and Prince Were Apparently Huge Dicks to Steve-O

Right now, Jackass star Steve-O is a sober and at least semi-coherent individual who has a podcast called ‘Steve-O’s Wild Ride.’ But once upon a time, Steve-O was a chemically-altered wild card, and got up to all manner of bad shit with all kinds of famous people. Now, in a new interview, he reveals which rock stars were the biggest dicks to him.

Speaking to compatriot Chris Pontius, Steve-O revealed that his worst encounters both happened while he was doing “the trick” — which basically means balancing a drink on his head and then attempting to drink it without using his hands. And apparently, Kid Rock, being Kid Rock, felt this was a good time to just fucking kick the guy. As transcribed by Loudwire:

“I mean dude, I’m always annoying, or at least I was really annoying, and I remember Kid Rock was with Pamela Anderson in like 2001. And I was like, ‘Yo dude, alright man let me show you this trick.’ And I’m like balancing the cup and I’m trying to lay down, and he just fuckin’ kicked me. He just straight kicked me and knocked the cup off my head. Ruined my trick.”

But while Kid Rock was a pretty typical Kid Rock-ish asshole, it was Prince who really put on airs and treated him like less-than.

Here’s the thing: anyone who’s seen the Dave Chapelle Prince sketch kind of expected this, right? Prince is old-school royalty (I mean, if you think about it, he could’ve called himself anything, and he chose ‘Prince’), and sees himself as the ultimate in, well, everything. Watching a dude who looks like a living cartoon character pull of a bar trick is 100% the kind of thing he’d yawn and order an executioner over.

Anyway, check out the whole interview below: