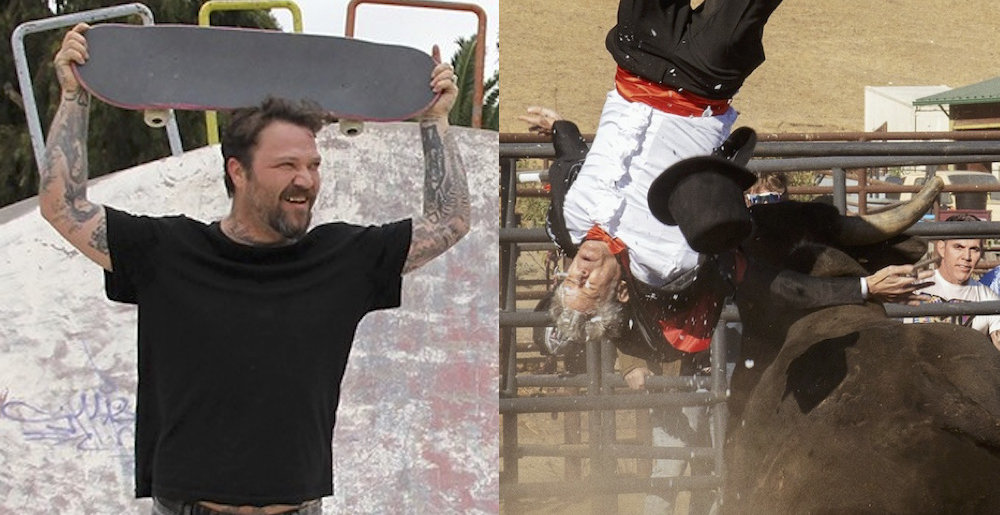 Last we heard about skate icon and Jackass star Bam Margera was when he posted a memorial tribute to Children of Bodom’s Alex Laiho over two months late. It’s been known for some time that Bam is dealing with addiction issues, which is why he wasn’t a part of this year’s Jackass Forever, after which he sued the film and Paramount. But now, TMZ reports that Margera has apparently asked to dismiss the suit, as revealed in court documents obtained by the site.

The post on TMZ says that Bam claimed he was forced to sign an agreement that was tantamount to “psychological torture,” with so many conditions it was impossible to follow them all. He claims his firing was the result of not signing. Now, it looks like he’s seeking a settlement, according to the gossip site.

Meanwhile, the site also provided the below document signed on September 11th, 2019, by Margera, Johnny Knoxville, director Jeff Tremaine, and Spike Jonze, which says the following:

“I, Bam Margera, fully understand that I will not be able to engage in negotiating a contract to participate in a new jackass film before I stay in treatment for a minimum of 90 days and abide by the rules set forth by the treatment center.

“I understand that I have to remain sober and only take medication approved by the medical staff of the treatment center.

“I understand that if I do participate in a new jackass film it will include conditions for my continued sobriety and mental health approved by the treatment center.”

Which isn’t a very hardcore agreement to make, honestly.

Obviously, Bam’s issues with addiction are a huge bummer, and we hope he’s getting the help he needs. In a perfect world, that’s why he’s dropping the suit, right? He’s gotten his act together and no longer wants to pursue this lawsuit.

In any event, we wish Bam good luck staying sober and getting back on his feet.

Sponsored Links from Across the Internet
Show Comments
Related Articles
This Sucks 0
Jackass Star Bam Margera Returning to Rehab After Bailing on Treatment and Intervention from His Parents
June 28th, 2022 at 11:08am Emperor Rhombus

Crisis Averted 0
Congrats: Bam Margera Completes One Year of Rehab
May 17th, 2022 at 11:53am Emperor Rhombus

Bam will remain near his treatment center and continue to take classes.

Metal Sucks Greatest Hits
0 -
Comedian Rob Delaney’s Open Letter to High on Fire’s Matt Pike
0 -
The Top Ten YARLERS of All Time
0 -
Let’s Talk About Rammstein’s Controversial “Deutschland” Video
0 -
Scientific Proof That Djent is a Genre
0 -
Worst Year Ever: All of Our 2012 Year-End Sh*t in One Place
0 -
Iudicia is Your New Favorite Band