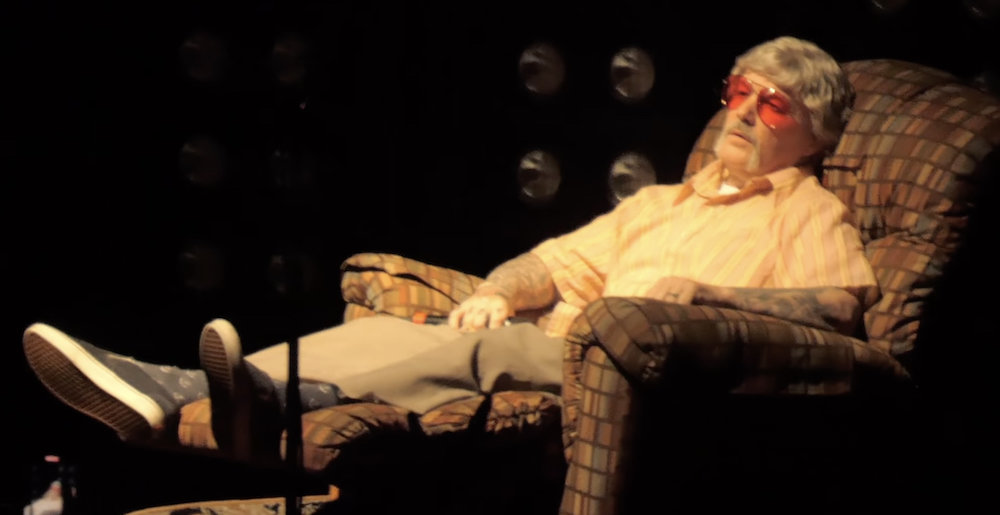 Last night saw Limp Bizkit play the first show of their current tour in Tampa, Florida. To commemorate this historic event, the band opened with their new track “Dad Vibes,” which is (in our interpretation) all about getting old and chill enough that you can’t get bogged down in the bullshit. In order to drive this point home, frontman Fred Durst decided to perform the song from the kind of overstuffed armchair one usually finds in their uncle’s finished basement.

As you’ll see in the video below, Durst opens the concert seemingly asleep in his armchair, wearing his ‘dad vibes’ look and not the even gnarlier look he recently debuted (though maybe he switched outfits mid-show, I dunno). He then “wakes up” at the sound of the crowd before DJ Lethal shows up and the song pops off. It’s definitely the band keeping up their whole chill dad thing, which is certainly better than the angry jock thing they started with.

Watch the video below. Meanwhile, fans can get tickets to see Limp Bizkit at one of their upcoming tour dates listed below:

Metal Sucks Greatest Hits
0 -
Deicide’s Glen Benton Sells Out, Tells Fans to Stop Moshing So Violently
2060 -
How Metal Nerds Choose What Bands To Like: A Scientific Model
0 -
So As it Turns Out, Banging Your Head a Bunch Can Be Bad for Your Brain
0 -
Let’s Gossip About How Much Money Famous Metal Vocalists Make
0 -
The Black Dahlia Murder’s Trevor Strnad Rants Against Music Pirates
0 -
This Dude Sounds EXACTLY Like Layne Staley