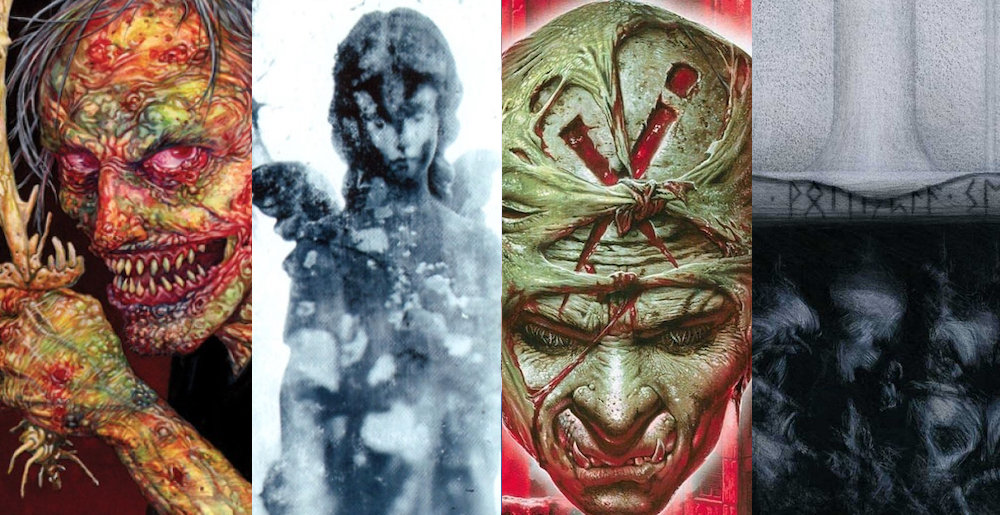 In the world of heavy music, two crucial virtues are patience and perseverance. It’s easy to watch one’s chosen genre fall out of favor, or to find one’s self playing more intimate venues to smaller crowds, and think, Fuck, I guess it’s all over. But time and time again, we’ve seen bands who stuck to their guns and did the work — whether that meant continuing to refine their original sound or branching out and trying new things — finding themselves more popular in the second act of their careers than they ever could’ve imagine. It’s just unfortunate that this can take two friggin’ decades to happen.

But sometimes, all it takes is one album. Many bands’ discographies include a moment where everything changed, where for some reason they hit all the right notes and vaulted themselves to new heights. So in honor of this cool phenomenon, we thought we’d look at some of the albums which changed everything for established metal bands.

It might be hard to believe, but for a while there you’d get ripped on for liking Cannibal Corpse – death metal fans regarded them with a real ‘Ho hum, same thing all over again’ attitude. But with Kill, the band did the same thing they’d always done, but somehow infinitely cooler. The simple title, the kickass use of it on the cover, the rip-roaring opener, the Erik Rutan production that felt worlds different than that of the previous record – all of these ingredients suddenly made death metal’s most reliable band feel vital and dangerous again. This one got rid of the adverbs and the exponential death fantasies, and plunged right into death metal’s guts.

Exodus, The Atrocity Exhibition… Exhibit A (2007)

2004’s Tempo of the Damned marked the band’s return, and 2005’s Shovel Headed Kill Machine introduced the world to vocalist Rob Dukes, but it was 2007’s The Atrocity Exhibition which re-established Exodus as thrash’s true kings. The album bristles with the trademark contempt that has always set Exodus apart from the pizza-party pack, with songs like “Funeral Hymn” or “Iconoclasm” officially reminding fans that this wasn’t just a retro act back onstage, but a band to beat in terms of anger and intensity. Sometimes, the world just has too many things unsmashed.

Before Below the Lights, Enslaved had only hinted at their inky, experimental intentions. But this album showed the world the black metallers’ true face, complete with grey eyes staring longingly into the abyss. Before this record, Viking metal seemed to all about biceps and broadswords, but suddenly, here was one of black metal’s oldest bands showing us the stygian symbolism lurking in the mind of the god swaying from the world tree. The two albums that followed it only further redefined what it meant to know the gods.

It is fascinating to watch a second act unfold in real time. But it’s undeniable that Limp Bizkit are having one as we speak, their chill dad personas winning over a new generation of fans who love their classic jock-angst tunes but also like how self-aware they’ve become. For those of us who grew up in the nu-metal era, this seemed like one of the most unlikely comebacks of all; now that we’re in it, it’s sort of obvious. Guess you gotta have faith. See what we did there?

Sure, Voivod were always beloved by thrash and progressive metal fans. But before the release of their self-titled album, the band were an odd relic, an example of what thrash could be once upon a time. Then, this record introduced the world to a reinvigorated version of the Canadian oddball crew’s sound, and officially brought them back into the spotlight. Don’t worry, there’s still all sorts of mindbending stuff about spaceships and technological rebellion present on this disc.

Unlike some of the bands on this list, you can see Immortal working up to their second act before Sons of Northern Darkness. 2000’s Damned In Black was a solid stepping stone between ‘99s icy At the Heart of Winter and this release. But Sons… is the one that really locked down Immortal’s crushing, delicious blackened wrestler thrash style, for which they and former member Abbath would be known from thereon out. Sometimes, all it takes is that little skip in the title track’s central riff to change a band’s entire trajectory.

Not only did Violent Revolution signal Kreator’s second act, it signaled that of every thrash band staging their own comeback. Sure, the record was a massive return to form for the German speed demons, who were coming off of 1999’s misguided, goth-leaning Endorama. But more than that, the band’s combination of thrash and easy-on-the-ears groove metal endeared them to new audiences and showed their peers the world over how to give their formerly-stark sound a lush new kick. The thrash revival owes this record everything.

One could argue that Twilight of the Thunder God was less Amon Amarth launching a second act and more them finally making their nut. Albums like Fate of Norns and With Oden By Our Side certainly hinted at the band’s coming surge of popularity prior to this massive release. But we all know there are two Amon Amarths, the grinding death metal Vikings from before Twilight and the huge, melodic globe-smashers they became after this record blew up. These guys were always making waves, but after this record, they officially were cutting through them on a longboat.

Second act? Fourth act? Norwegian black metal heroes Darkthrone have never been so graceless as to make the same record twice, and reinvent their sound whenever the mood strikes them. But F.O.A.D. definitely branded them as a grimier, more ground-level outfit than they were as recently as the previous year’s utterly merciless The Cult Is Alive. Today, the band’s Second Wave legacy is tied to a tangible, stoner-friendly street metal sound, and that without question started with F.O.A.D.

Machine Head, Through the Ashes of Empires (2003)

It’s hard to see past the massive impact of 2007’s The Blackening, which will forever be one of Machine Head’s shining moments. But it was Through the Ashes of Empires which changed the course of their career and got the band to where they could make that record. The album is a stark departure from the agro bounce of 2001’s Supercharger, instead reveling in melancholic introspection and languid grunge influences. Here, we met the Machine Head we know now, a musical force that cuts straight to the heart with a sword of brutal honesty.

Testament, The Formation of Damnation (2008)

The seeds of Testament’s return had been laid before 2008, with 1999’s The Gathering and 2001’s re-recording compilation First Strike Still Deadly reminding fans how much they loved this band. But seven years later, Formation gave Testament their comeback in earnest, making their return as a vital part of thrash’s revival in the late 2000s, and transporting them to every massive metal festival’s main stage almost instantly. Because honestly, how could you hear “Henchman Ride” and not want to dive back into the pit post-haste?

Because of the movie, right? And yeah, sure, because of the movie – much of Anvil: The Story of Anvil was about the making of This Is Thirteen, which ensured the record some automatic attention. But before that movie, and this album, Anvil were a relic of early thrash, and now you can catch them at big-name festivals, albeit underground ones. This is the record where everything changed for these good-natured lifers, even if it took a documentary about their tireless work and constant state of disappointment to make that the case.