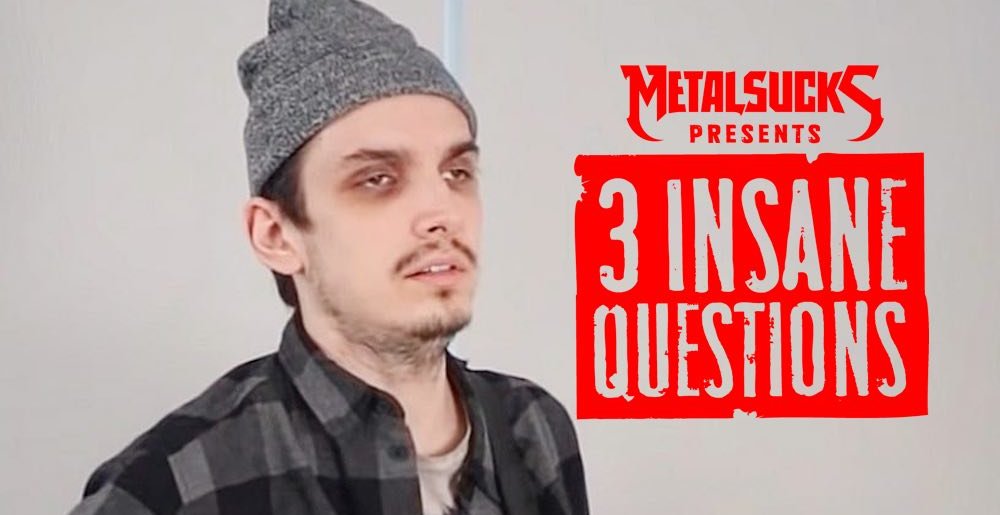 If we’re being honest, our 3 Insane Questions series is some real Internet-ass bullshit. Our mission, to ask important figures within rock and metal utterly absurd questions in order to see what they could come up with in response, has a real oh-so-random, isn’t-that-crazy, Tim-and-Eric kind of vibe to it. And, true to form, the bands who we think of as Internet-ass bands — Alestorm, Trollfest — definitely had a great time with it. But until now, we have yet to interview a member of the Internet proper, a chosen son of the Wifi who lives in an ever-flowing stream. But now, we’re stoked to announce that we’ve landed just such a dude for this video series with the one and only Nik Nocturnal, renowned guitarist, world-famous Twitch person, and the mind behind trap-metal project NIK NXK.

Now, here’s the thing: with 3 Insane Questions, we give our subjects a big list of questions, and they have to choose three of them. So which questions they pick already says something about who they are. And we’ll be damned if Nik didn’t pick the three best questions of the bunch. Like, the dude obviously knows good content, because he didn’t go for some softball nonsense — he gave us solid Nik from an iron man.

Here’s what we asked Nik:

What did he say for his third answer? Well, jeez, man, I guess you’ll just have to crush that fucking mouse button on the video below.

Check out Nik Nocturnal’s responses to our 3 Insane Questions, or watch one of our other highly-viewed and very important videos in the series below:

Won’t be long until it’s self-aware.

3. Sing a line from an Alestorm song in the style of Celine Dion.