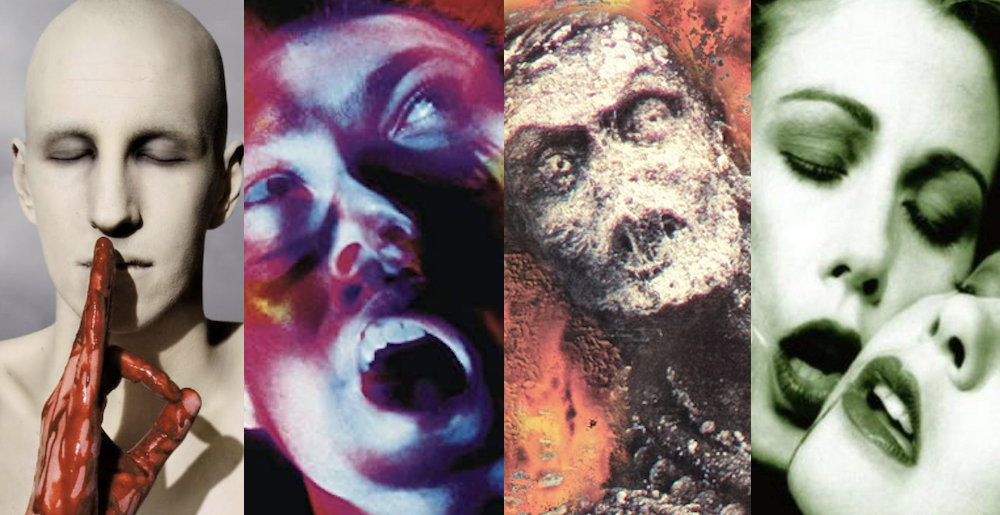 11 Bands You’re Not Allowed to Dislike

As the old saying goes, there’s no accounting for taste. No matter how much you might love an artist, some people are just going to hate them. And maybe that’s for reasons you consider misguided or unfair, but at a certain point, it doesn’t matter. Anything that’s universally loved is usually kind of boring, and worrying about what someone else thinks about the art that makes you feel whole is a waste of time. Different strokes.

Except with some bands, it feels like that rule doesn’t apply. There are some bands where uttering criticism, distaste, or lack of interest in them seems like a cardinal sin that’ll get you attacked or dismissed by their fans, if not all of music fandom. Why this occurs isn’t always clear — sometimes it’s about the era during which a band emerges, sometimes it’s the many different genres they straddle, and sometimes they have an especially rabid fanbase — but it’s undeniable that disliking certain bands will get you roasted.

To take a look at this phenomenon, we put together a list of 11 bands that are so beloved that saying you don’t like them is considered blasphemy. Here’s who made the list, or else…

Few bands have the guarded reputation that Swedish groove metallers Meshuggah do. To say you dislike Meshuggah is, for many, a declaration that you don’t really care for metal, period. But the band’s loyal fans also have an extra trick up their sleeves: you must not get it. If you don’t like Meshuggah, it must be because you’re too basic to understand things like polyrhythms, or how they actually ARE playing in 4/4, or some other musical theory talking point. No matter what, saying they’re just not your cup of tea might get said cup of tea thrown in your face.

With Iron Maiden, we see a rare example of a metal band who even non-metal fans will stubbornly stand up for. Everyone loves Iron Maiden, even if they just love Eddie or wearing one of the band’s shirts. As such, saying you don’t care for their music won’t just anger metalheads, it’ll make even casual rock fans question how much of a metalhead you really are. Maybe you’re just not interested in soaring vocals about steampunk airships! No shame in that!

Though we’re 100% positive they didn’t mean it this way, Bad Brains’ adoption of ‘PMA’ – positive mental attitude – was a genius branding move. Don’t like Bad Brains? Ah, you must be one of those people with a negative mental attitude. As such, criticizing this band, or admitting that you don’t like their music, won’t just get you a lot of frustrated explanations, it’ll label you as inherently anti-positivity. Don’t worry, you can always point to “Don’t Blow Bubbles.”

Given how heavy and dark they are, the fact that Neurosis have such a massive following is impressive. But that’s also why their fanbase is so insufferably rabid – because Neurosis has become an embodiment of the underground, of ugly music that is also very beautiful. To say you’re not here for that is to say that you don’t support that entire concept, of beauty and darkness and the underground being cool. People will come out of the woodwork to let you know you’re incorrect in your opinion of this band. The band themselves? Eh, they seem like chill guys.

When an entire genre emerges where bands include ‘dis’ in their name in homage to you, chances are your fans won’t take ‘Eh’ for an answer. Discharge aren’t just beloved by their fanbase, they’re holy, patron saints of sweaty, vital living. Which is why admitting you’ve never really cared for them is considered such a mortal sin in those crust cultists’ eyes. Man, say you’ve never gotten these dudes’ appeal, and their devotees will talk your ear off.

The truth is that given their progression over the years, fans of Death may only like one incarnation of the band. But that also means that you HAVE to like some Death, whether it’s the horrific ultra-thrash of Scream Bloody Gore or the chunky progressiveness of Invidividual Thought Patterns. Not caring for ANY of Death’s music, however, is apparently an act of cultural warfare, and will get one quickly dismissed. It’s okay if Chuck’s vocals just don’t do it for you.

That Alice In Chains straddle so many genres is both a blessing and curse. For the band, it’s great, because metalheads, punks, alternative rock fans – all of them love AIC. For anyone who doesn’t love AIC, though, it’s a bummer, because then fans from all of those communities feel the need to cross-examine you about your taste. In building bridges between genres so, Alice In Chains unwittingly raised a class of reverse gatekeepers, who get pissed off if you don’t want to cross a bridge. What, you’re happy on THAT side of the river? The fuck is wrong with you?

Even before the tragic passing of Riley Gale, Power Trip had become an unstoppable force within the contemporary metal scene. Because of that, to say you didn’t really dig their music – and hey, we love Power Trip, but someone out there has to not, right? – was to admit that you didn’t like metal being new, or meaningful, or cool again. It’s impressive that a band could reach this status in but a few short years, but they certainly did it. Of course, Riley’s death only added to the unthinkable transgression that is never understanding what all the fuss is about.

I’m as guilty of being That Guy with The Misfits as anyone. A buddy of mine once confessed to me that he didn’t like punk rock too much, or horror movies either, and as such never understood the Misfits’ appeal. I tried to convince him he was wrong for hours, and ripped on him for even longer. And looking back, I still feel unfairly, immaturely justified in my actions. Who doesn’t love the fuckin’ Misfits? My friend must be a moron.

There’s something about Entombed‘s influence on death metal that has put them on a specific pedestal. Plenty of bands helped define the genre, but few are regarded with such esteem as Entombed are. Because of this, the band have become one that people will defend with a frightening sense of loyalty. It’s not just that Entombed fans disagree when you say you don’t like them, it’s that they want you to explain yourself. They’re confused. It doesn’t make sense to them that you could hate Entombed. Somehow, a band who write about crumbling corpses and ancient tombs became impervious to criticism or lack of interest in the eyes of their fans. Must be the melody.

What’s interesting is that Type O Negative really should be a band a lot of people dislike. Romantic goth metal by some Brooklyn chuds who also do a ton of classic rock covers? It makes so much sense that the world would respond with, Nah, fuck that shit. And yet now, whether it’s because of their misanthropic attitude or Pete Steele’s sanctification after his death, they are universally loved, and saying you dislike them is considered tantamount to saying you don’t like it when metal is good. You’ll certainly get short-poured at Duff’s for confessing that you’re not a fan, if you get served at all.