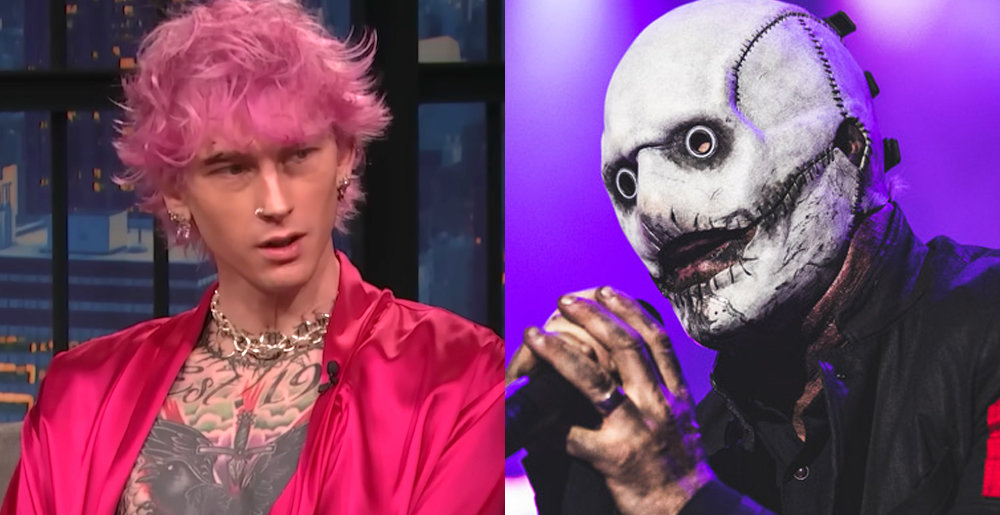 In case you forgot, beef erupted between Slipknot frontman Corey Taylor and rapper-turned-pop-punker and self-proclaimed savior of rock and roll Machine Gun Kelly when Taylor said he didn’t care for MGK on a podcast and Kelly in turn took a moment during a festival gig (with Slipknot performing one stage over) to say he was glad he wasn’t “old weird dudes wearing masks” (or something — it wasn’t a terribly coherent statement). The beef stew thickened when Taylor posted e-mails showing he’d rejected doing a verse on Kelly’s album, to which Kelly responded that he was glad because Taylor’s verse was “terrible.” Now, in the new Hulu documentary about him, MGK has taken a moment to say he regrets the feud between the two musicians.

As transcribed by Loudwire, in the documentary Life In Pink, Machine Gun Kelly says the following regarding his beef with Slipknot:

“It’s funny, the whole Slipknot issue (which really isn’t a Slipknot issue, it’s a Corey issue). That situation’s unfortunate because I think both of us let our egos get in the way.

“You know, I was a fan of Slipknot. I was a fan of Corey. That’s why I’d asked him to get on Tickets to My Downfall. He obviously had mutual respect, too, because he cut a verse.

“I kind of tried to give notes back like, ‘Oh, you know, this wasn’t exactly what I was looking for, can we try this?’ And respectfully he was like, you know, ‘No.’ And I was like, ‘Okay, cool.’ So we didn’t use it. You know, then I heard him on a podcast.”

Welp, there you go. We take no sides in this quarrel, as Corey Taylor is a cranky old man who calls himself “the great big mouth,” and Machine Gun Kelly makes music we unequivocally loathe.

Hopefully, this means the beef is squashed, or it doesn’t, and we’ll just write about the next comment one of these guys throws out there, because y’all fucking love a freakshow, even if you feel bad about it later.

Meanwhile, get tickets to see Slipknot at one of the following dates: