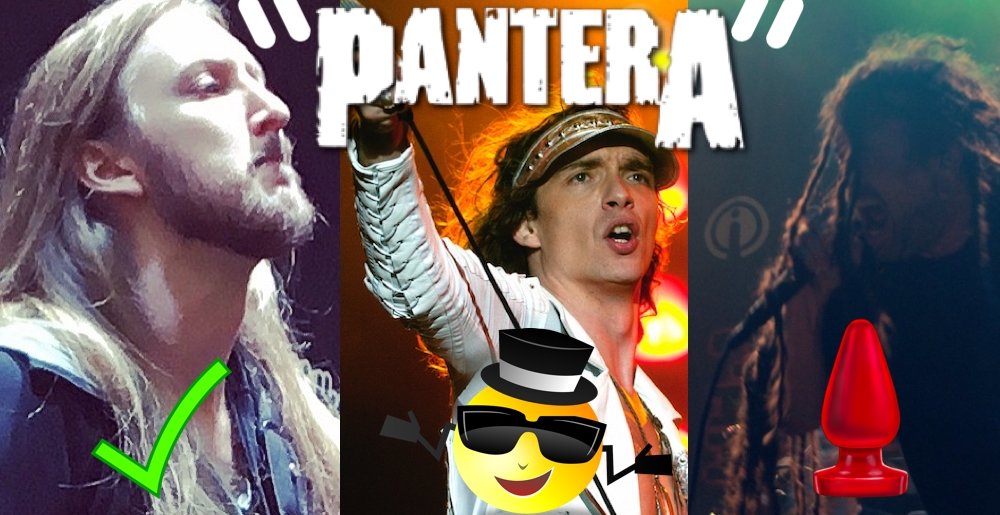 The Haunted’s Ola Englund, The Darkness’ Justin Hawkins, and Chris F***ing Barnes Weigh In On The Pantera “Reunion”

The Internet continues to work itself into a frenzy as the debate over the Pantera “reunion”—featuring Zakk Wylde and Charlie Benante filling in for deceased guitarist/drummer duo “Dimebag” Darrell and Vinnie Paul Abbott—rages on. A few more metal talking heads threw their hats in the ring, with some in favor, some neutral, and one totally opposed.

This morning, Ola Englund, guitarist for Swedish heavy metal crew The Haunted, praised the reunion in a new video for his Youtube channel (transcription courtesy of Ultimate Guitar).

“There’s a lot of gatekeeping in these comments sections. And I wouldn’t take, you know, Facebook comments as being a good representative of what people really think – because most sane people are not on Facebook.

“And I can definitely understand both sides: you have the people that want to gatekeep the band and [not] let anything ruin whatever Panthera was back in the day, because they were amazing, man. And there’s the other side, ‘But what about the newer generation? And what about keeping the Panthera name alive?’

“Personally, I would love to go see Pantera live again if I could. It’s not the exact same, but, fuckin’ hell, man, I will go see a fuckin’ stadium Pantera cover band just to hear the songs live, man. if they swing by Sweden, I’m going to be first in the line, getting a ticket, I’m not gonna lie. I want to see these guys play, man. These are still a part of a legacy that is very important to me – obviously, the biggest part of the legacy, to me, is not going to be a part of it. But you know, I still want to hear Pantera songs live, man.”

The Darkness frontman Justin Hawkins, meanwhile, posted a video to Youtube that, frankly, seems to serve no other purpose than to rile people up. In the video (transcribed by Ultimate Guitar, again):

“And actually, there’s something about that that makes sense. Maybe they should call it something else. Maybe it should be called ‘The surviving members of Pantera featuring’ and then say Zakk Wylde and the other guy [Charlie Benante]. Or maybe just don’t do it. I don’t know. I’m just playing devil’s advocate here.”

Hawkins then references Queen as an example of a band who found a new singer (Adam Lambert) and carried on the band’s larger-than-life legacy with a frontman who paid tribute to Freddie Mercury.

“Why would you begrudge somebody the opportunity to go and play their own songs as their own band under those really awful circumstances where the people that you’d like to be performing and see performing just are no longer with us.”

Well, it’s a good thing our scene has such level heads and collected egos when making public statements, right? RIGHT?!

Former Cannibal Corpse and current Six Feet Under vocalist Chris Barnes, however, had some choice words to say, tweeting a .gif of a body falling out of a coffin (from the movie Bad Grandpa) with the caption:

“Can someone please check the Abbott Brothers Graves? I do believe they just rolled the fuck over……. #PanteraReunion #MoneyGrab #LameAF”

As you, constant readers, know, Chris Barnes is what we call a hater. In the last year, he’s shared negative opinions about this fine publication, Cannibal Corpse, Jamey Jasta, Kourtney Kardashian and the hundreds (or more) of Twitter users he’s blocked.

Considering how few details we actually do know—right now the only confirmed info is that the lineup includes classic bassist Rex Brown and longtime singer Phil Anselmo, Benante and Wylde—it’s a sure thing that more rockers will weigh in. We’ll keep you posted.

Metal Sucks Greatest Hits
0 -
Detailed Analysis: Vest Metal is Officially the Next Annoying Trend in Metal
0 -
Has Moshing Turned Into a Form of Bullying?
850 -
All My Heroes Have Failed Me
0 -
Why are metal fans hopelessly stuck in the past??? :(
0 -
Anthrax’s Frank Bello is Really Excited to Be Here, Not at All Concerned About Swallowing Bugs
0 -
Video: Dudes Rockin’ Out to Van Halen Meet David Lee Roth, Have No Idea Who He Is