Metal Sucks
Metal Sucks Fozzy Singer and Pro Wrestler Chris Jericho: “Being a... Did Rob Zombie Secretly Reveal the Villain of The Munsters?
- Tweet SHARE
Enlarge
Metal in the Media 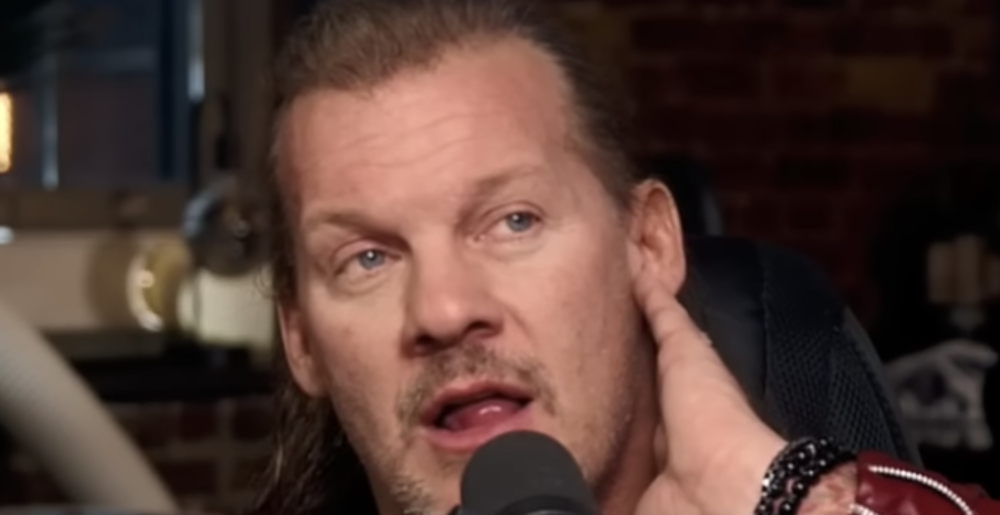 Canadian pro wrestler and Fozzy frontman Chris Jericho recently gave an interview to Classic Rock, speaking about shows with Metallica and Kiss, how being a professional wrestler is similar to fronting a band and making his dreams come true.

On what he learned playing with Metallica and Kiss, Jericho said:

“One thing you learn from Metallica, Kiss and guys who run their ships very tightly is if you’re respectful of them and of their guys, you’ll get a lot further ahead with them. We’re always very, very respectful to the crew, because the crew can really help you—or fuck you if they want. [Fozzy guitarist/writer] Rich Ward has been in the music business since 1994, I’ve been in the entertainment business since 1990 – we don’t take anything for granted.”

The topic inevitably turned to Jericho’s career as a professional wrestler. The Ayatollah of Rock and Rolla has wrestled just about everywhere—Extreme Championship Wrestling, World Championship Wrestling, World Wrestling Federation/Entertainment, New Japan and All Elite Wrestling, where he is currently one of the top wrestlers on the roster. He uses Fozzy’s “Judas” as his entrance music, which quickly became a hit with fans. When asked about it, Jericho drew parallels to wrestling and fronting the band.

“There’s a real connection between music and wrestling. Heavy metal, hard rock, rap—anything aggressive and high-energy with a lot of fan interaction. A great frontman is like a great wrestler: if you can connect with the audience they’ll always be excited and interested in what you’re doing. After I started using ‘Judas,’ people started singing on their own—every Wednesday on national TV. I think I’m the only guy to come into the ring to my own song.”

The multi-discipline performer went on to say that Fozzy had to work harder than average to gain respect.

“Yeah. We’ve had to work twice as hard to get people’s respect in a lot of ways. I’m sure Jared Leto did the same with 30 Seconds to Mars, or Taylor Momsen with The Pretty Reckless. Bruce Dickinson’s an airline pilot and singer, but when he’s on stage I don’t care that he knows how to fly. Conversely, when Bruce is flying a plane I don’t care if he can sing or not—just land the plane! It’s the same with us. ‘Chris Jericho’s a wrestler?’ That lasts as long as one song, then it’s either good music or it’s not. “

Jericho also shared his mentality about achieving his goals in wrestling, music, writing and podcasting.

“I had these two seemingly impossible goals when I was a kid, of being a wrestler and being in a rock band. People were like: ‘How? You’ll never do that!’ Then I started getting success, achieved what I did in wrestling and in music, then you’re unstoppable. It’s momentum and confidence.

“My fourth book was called No Is A Four Letter Word [How I Failed At Spelling But Succeeded In Life], which is about the lessons I learned throughout my years. I never took no for an answer, I always look for the reasons how you can make it a yes. I’ll find the one way that it is going to work, focus on that and make it happen. And once you kind of have that mind-set, it makes everything a lot easier and a lot more attainable.”

King is also an AEW wrestler.

The Leads Are Weak 0
Chris Jericho Claims He Only Uses Backing Tracks for “Ambience,” Calls Out Santa Cruz for Using Them
May 7th, 2022 at 8:20am Emperor Rhombus