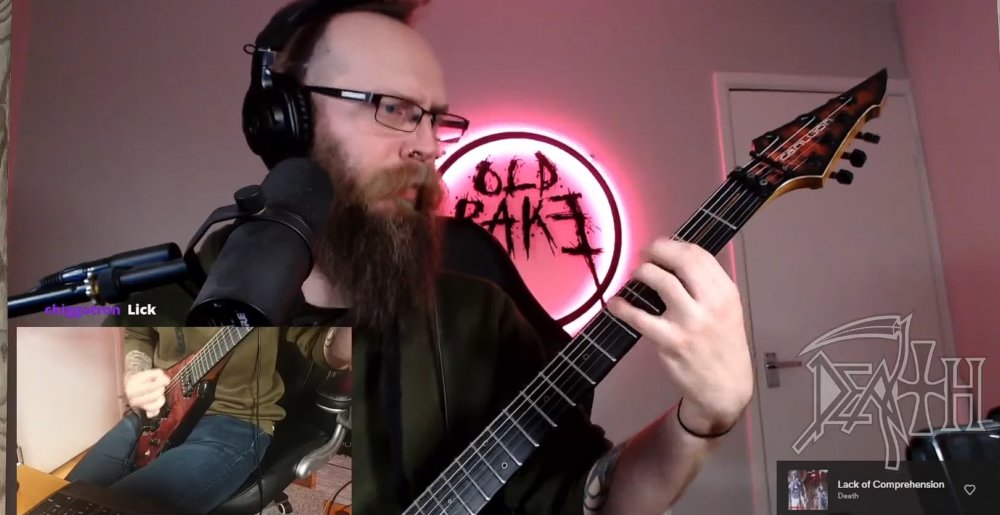 Being a metal musician doesn’t always mean lavish lifestyles, parties, and truckloads full o’ cash. In fact, that’s not the case for most bands busting their asses out there on the road. Unless they’re a major ticket on a major tour and backed by a major label, things can get pretty tough for the men and women that dedicate their lives to rocking your asses off.

Such is the case for English thrashers Evile, whose entire existence has been met with the peaks of success and the valleys of personal loss. The band’s frontman Ol Drake is left asking his band’s fans for a little assistance, as his financial situation has declined so much that he’s hosting a 12 hour fundraiser livestream on September 4 via his Twitch channel.

“Honesty time. Dedicating 20+ years of my life to music has taken its toll on me over the years. Not only physically and mentally, but also financially. It’s no secret that musicians struggle, and my family and I are in need of help as a result of the above. As a means to raise some funds I will be holding a 12-hour ‘Family Fundraiser’ livestream to help us get back into the black a little on Sun 4th September from 12noon to 12midnight UK Time.

Over the course of his 12 hour stream, Ol Drake said he’ll be taking randomly selected requests from viewers. In addition, he’ll be holding some Evile giveaways, hosting Q&A sessions, and chatting with those watching live.

Like nearly every Twitch livestream, it will be free to watch and participate, though it’s heavily suggested that you try to chip in a little bit through his streamelements link.

This fundraiser is also being held in conjunction with an ongoing Gofundme campaign. Note that Ol Drake said the £15,000 (or $17,471) goal he posted to the page is not his actual goal, stating that he didn’t “expect to make that much, I just a random amount in.”

The band’s new album comes out next month.

Metal Sucks Greatest Hits
0 -
I Am The Working Class: The MetalSucks Interview with Fenriz
0 -
Twelve Reasons Babymetal are the Single Best Thing to Happen to Metal in the Past Decade
0 -
Will People Please Shut Up About the “Fake Amps on Stage” Debate?
1230 -
Loutallica’s LuLu: The MetalSucks Reviews
0 -
Metallica Release Official Animated “Master of Puppets” Lyric Video
0 -
G.O.A.T. and Your M.O.M.’s “Quack like a Duck” Justifies Humanity’s Entire Existence