Metal Sucks
Metal Sucks Corey Taylor on Slipknot’s Future: “We Can Just... Mercyful Fate Name Their Fill-In Bassist for the North...
- Tweet SHARE
Enlarge
But What Does Corey Taylor Think? 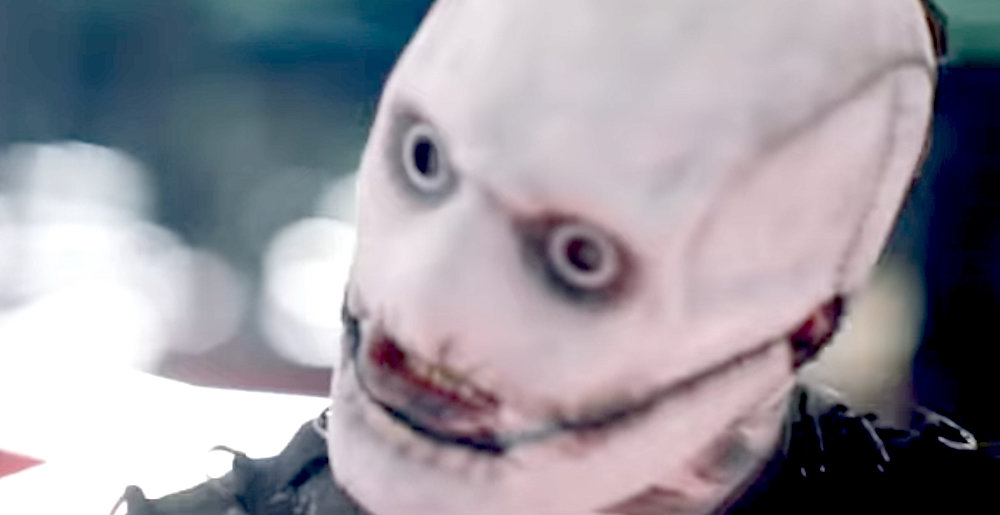 Corey Taylor on Slipknot’s Future: “We Can Just Do Whatever We Want And Not Be Beholden To Anybody”

After seven studio albums, their own international festival, multiple Grammy nominations and a win under their belt, Slipknot‘s long been a force to be reckoned with in the more mainstream side of metal. As the band gets set to release its ominously named album The End, So Far this Friday, Corey Taylor sat down with Zane Lowe on Apple Music 1 and shared what he imagines is a wide-open future for the iconic nine-piece.

“I mean, it’s cool because at this point, we could do whatever. If we wanted to, we could do a throwback album where we just get in a room and write it live and figure it out. We could turn around and create something really complex and dark. I mean, we could do a double concept album with a movie wrapped around it and make it something that … So for me, it’s really about what do we want to do? What keeps us?

“At this point, we don’t need to come back to this until we really want to. Contractually, we can just say, we can do one offs for the rest of our career. Obviously, some of us in the band have, outside of Slipknot, that allow us time to have the audience go, you know what? It’s about time for a Slipknot album. So we have ways that naturally alleviate the weight and alleviate the pressure of having to go back to back, to back to back, if we don’t want to.”

That kind of creative freedom is a rare thing for most metal bands currently putting out albums and touring, thanks to record deals and prior agreements. As a long-time member of Roadrunner Records, Slipknot’s weathered multiple changes at their label over the years. Taylor attributes a lot of the band’s current almost untouchable status to the high amount of turnover at Roadrunner in recent years, even going to far as to say that the band may not need to stay with the label in the future.

“Let’s face it, Roadrunner is not what it used to be. It’s not even a shadow of what it used to be. So there’s no real urgency for us to stick with them to do anything. And because all of the people that we started with are gone, and they were fired in a very unceremonious way to the point where the last couple years. So at this point, I mean we can just do whatever we want and not be beholden to anybody. I mean, what that means, we don’t know. Does that mean that more doors open or does that mean that doors close because we’re not a part of that system anymore? And not that we really gave a shit about being a part of that system, but at the same time, access helps. So I mean, it just comes down to who wants to be a part of the next Slipknot thing. It’s just that way.”

It’s gotta be relieving and kinda intimidating to have that much open road ahead of you as a musician. On one hand, there’s all these expectations attached to your work, but on the other hand you’re free to explore the kind of music and sound you want to make.

While his conversation with iMusic takes a more positive tone, his bandmate Jim Root recently lamented the state of the record, stating that the band felt like “we had to abandon it and move on from it.

“But it’s like the movies. Directors will say constantly that they never finish a movie, they just abandon them! I feel like, more than anything with this record, we had to abandon it and move on from it. And [Shawn “clown” Crahan] was like, ‘It’s not a record! It’s not a Slipknot record! We are still touring on We Are Not Your Kind, on that tour, and by the way here are some songs …’ Well, you can say that, but we are putting a fucking record out, and to the fans this is a fucking Slipknot record. No matter what you say, that’s what it is.”

However The End, So Far sounds when it releases this Friday, the world will get to see who was right and whose feelings were unfounded. To hear more about what Corey Taylor thinks, hit play on the video below to see his chat with Zane Lowe, of Apple+.