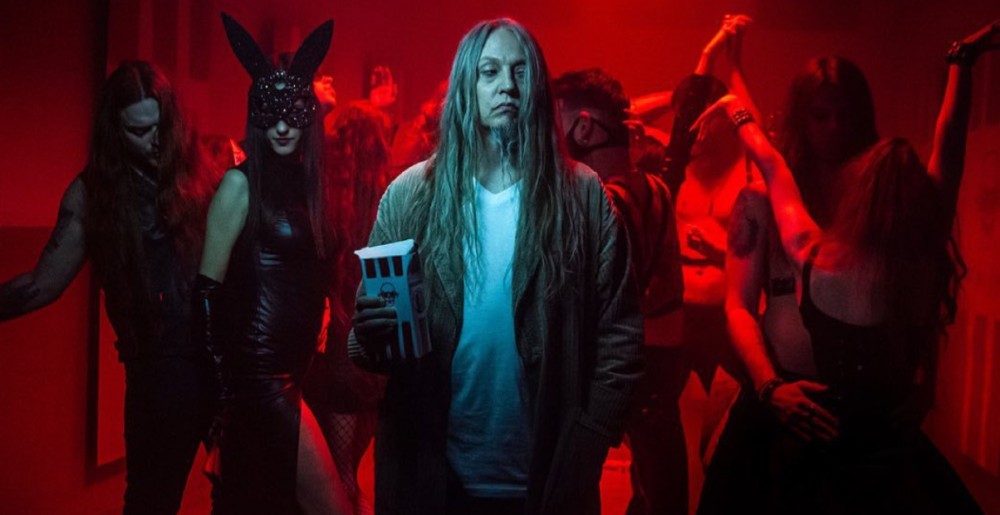 The End Is Near: New Year’s Eve Playlist

This New Year’s Eve will mark the 30th anniversary of a historic performance by Alice in Chains for MTV. That evening, AiC rocked the Roseland Ballroom with killer renditions of “Would?,” “Angry Chair,” and “Them Bones.” We wish that we could travel back in time to celebrate December 31 at that gig.

What we can do instead, however, is provide recommendations that will help you usher out 2022. Megadeth’s “Countdown to Extinction” is certainly a decent option. If you plan on tuning in to watch that awful Waterford Crystal eyesore lower in Times Square, we suggest Anthrax’s “Drop the Ball.” Do you want to guarantee a truly catastrophic start to 2023?! Try Five Finger Death Punch’s “Sham Pain.” Your friends just might hit you over the head with a bottle.

That said, our New Year’s Eve playlist is not without some light-hearted, though still quality, picks. We will be focusing on music that will appeal to your inner hedonist and/or leave you with an unshakeable sense of impending doom. Enjoy these 20 wild songs now in the event that 2023 brings instant annihilation.

Steel Panther — “Party Like Tomorrow Is the End of the World”

This Steel Panther track from All You Can Eat (2014) is pure poetry. In the original, frontman Michael Starr breaks the joyous news: “The end is near. So don’t you worry about the HIV.” In addition to featuring celebrity appearances, the explicit version of the video contains exposed breasts, so here’s the edited, clean variant —

Zeromancer is a Norwegian rock band whose roster includes three members of the legendary Seigmen — Alex Møklebust, Kim Ljung, and Noralf Ronthi — as well as Per-Olav Wiik and Lorry Kristiansen. You won’t find a song that is a better combination of sexy and totally absurd than “The Underground.”

“Neslepaks” is the exceptionally unique opening to Høstmørke (1995), which means “Autumn Darkness,” by Fenriz’s most well-known solo project, Isengard. This song’s title is “Creation” spelled backwards in Norwegian. Accordingly, “Neslepaks” is a wicked tale of destruction in which God scorches the earth, kills everyone, etc.

You can always count on The 69 Eyes to create the right atmosphere. The refreshing “Christmas in New York City,” which dropped in 2017, may seem a bit belated by the time New Year’s Eve rolls around, but remember: There are Twelve Days of Christmas.

Black Sabbath — “End of the Beginning”

“Is this the end of the beginning? Or the beginning of the end?” This haunting Black Sabbath track from 13 (2013) serves up enough doom to feed your paranoia through the whole year. However, the lyrics actually contain empowering advice: ”Rise up, resist, and be the master of your fate.”

The Matrixx, which was first known as Глеб Самойлоff & The MATRIXX, is a brilliant Moscow-based rock band. «Новогоднее обращение» makes its announcement of hate / love felt loud and clear. This song hails from the 2013 album «Живые но мёртвые», which means “Alive but Dead” in plural form.

(To shut down potentially ignorant comments about this group, I’ll just mention that frontman Gleb Samoilov has voiced his support for Ukraine.)

Murderdolls — “Drug Me to Hell”

”The boulevard of drugs is the path I walk tonight.” “Drug Me to Hell” is a memorable yet insidious gem from Murderdolls’ Women and Children Last (2010) that will encourage you to submit to self-destruction.

“Armageddon,” a highlight of Black Sun (2002), is a stellar example of top-notch power metal by Germany’s Primal Fear. Frontman Ralf Scheepers is certainly a rare talent, as are the other artists whom you will hear on this song. Ralf’s voice blends beautifully with Mat Sinner’s backing vocals.

The highly amusing title track of Lindemann’s Skills in Pills (2015) is perfect for when you want to mentally relive reckless moments when you were guided by your death drive, the need for an easy fix, and/or other unproductive impulses. “Skills in Pills” is simple music by two incredibly intelligent and complicated men.

The Norwegian black/thrash outfit Vesen delivers exactly what you would expect from a title like “Famous Last Words,” which appears on Goat Carcass Rising (2011). This cento of a song even quotes Karl Marx: “Last words are for fools who haven’t said enough. Go on, get out.”

“New Year’s Day” from Wretched and Divine: The Story of the Wild Ones (2013) is a bit different from most of the other picks on our list because it emphasizes resilience. Black Veil Brides may have a lot of haters, but as you might guess from this track, their skin is thick enough to withstand spiteful comments.

Lord of the Lost — “Doomsday Disco”

Here we have yet another song with a positive message. Lord of the Lost’s “Doomsday Disco,” which was originally included on Empyrean (2016), actually stresses unity. In any case, what really interests us is the “ARMAGEDDON, INFERNO, HARDCORE” part. In 2020, LoTL posted a “Lockdown Version” of this track.

“Absinthe-Phoenix Rising” from Coming Home (2016) by Peter Tägtgren’s solo project, Pain, will transport you into the land of hallucinations. Of course, the production is perfect given Peter’s aims here because he is an insanely accomplished producer.

Mayhem’s “Pure Fucking Armageddon” is the definition of classic. Not to mention, it will make your non-metal friends think you’ve gone totally insane.

“My Apocalypse” from Arch Enemy’s Doomsday Machine (2005) features Angela Gossow on vocals. Granted, Metallica’s song by the same name is another solid option.

This nostalgic Linkin Park hit proves that Chester Bennington’s art and sensitivity continue to touch us with the same power that they had in 2000. He and Mike Shinoda were clearly a perfect pair on vocals.

Jay Lamar & Jesse Oliver’s remix of HIM’s “Dying Song” can be found on SWRMXS (2010). This lovely track makes the idea of withering away sound so very sweet.

“Nothing Sacred” from Violent Acts of Beauty (2007) is a perfect song to dance to by the iconic dark rock band London After Midnight. LAM’s “Christmas Song” is another great choice: Check out the remix on LAM’s latest album, Oddities Too (2022). Or, if you plan on getting your kink on this New Year’s Eve, “The Bondage Song” will ensure that tomorrow never comes for you or your significant other, depending upon who is more submissive.

The release of Linkin Park’s 2003 record ‘Meteora’ is coming up, and a teaser on the band’s website foretells something big.