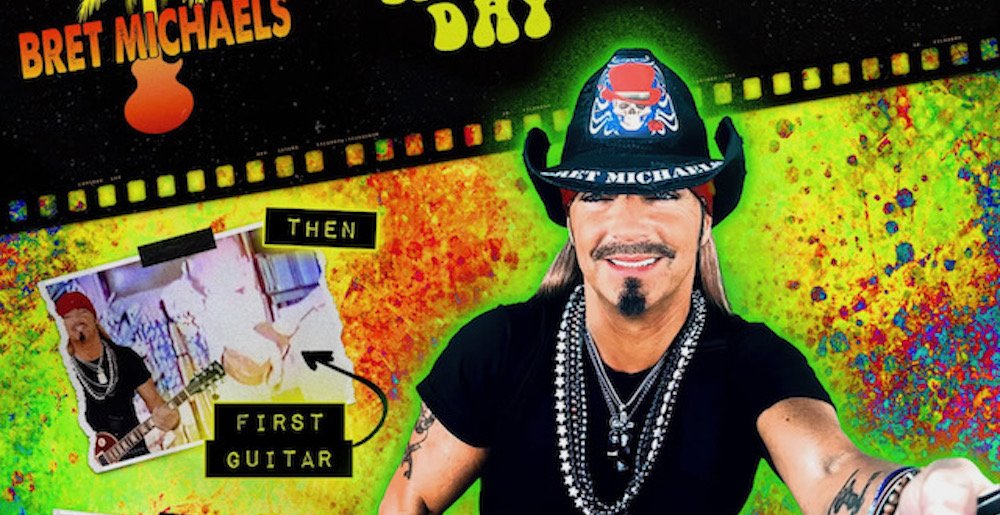 Regarding the new tune, Michaels says:

‘Back In The Day’ is truly a modern-day throwback to a feel-good road-trip anthem. The video reflects the feel of early MTV videos with green screen, pop-up captions and never-before-seen photos and original Hi-8 images of my youth. It is a song that truly reflects on great times and pays homage to the radio stations and DJs that cranked up the music while bringing us great songs that have withstood the test of time, songs that all my friends and I would sing along to then and now. Music is a universal language meant to unite us, not divide us, and that is exactly what this song is about. It’s also a hell of a lot of fun to sing along to, as is the video to watch as it weaves a story of my life and the music that rocked it!”

“It’s been a long time coming, I’ve had this track sitting in my hard drive for months just dying to let everyone hear it. I can’t explain the amount of fun me and Bret had recording this song. As always Bret pushes the boundaries and really makes me get creative and innovative with production.

“Trying to encompass elements from the 70’s, 80,s 90’s, and also still feel current and modern was the goal with everything about this song. I think we got it! Meri Schaefer sings those amazing harmonies in the chorus and Norman Voss kicks out some heavy guitar throughout the song.”

Get lost in your memories with Bret Michaels:

Metal Sucks Greatest Hits
0 -
Chad Kroeger and Avril Lavigne Finally Wrote a Song So Awful that the Internet Has Collectively Rejected It
0 -
Exclusive Interview: Lamb Of God Drummer Chris Adler on Randy Blythe’s Imprisonment, Upcoming Tour and the Future of the Band
0 -
G.O.A.T. and Your M.O.M.’s “Quack like a Duck” Justifies Humanity’s Entire Existence
0 -
It’s Time to Stop Thinking of Women in Metal as WOMEN in Metal
0 -
The Top Ten YARLERS of All Time
0 -
Rammstein Members Kiss During Moscow Show, Violating Russia’s Anti-LGBTQ Laws