Metal Sucks
Metal Sucks DO YOU KNOW HOW GOOD SIGH’S IMAGINARY SONICSCAPE IS? COMPLETELY UNREADABLE BAND LOGO OF THE WEEK, BROUGHT TO YOU...
- Tweet SHARE
Reviews 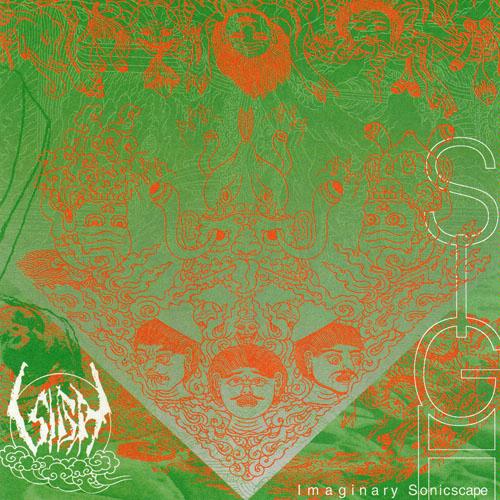 Here’s of brief history of me and my love for Sigh: I reviewed Hangman’s Hymn in 2007. Prior to that, I had heard of Sigh, but for whatever reason, never really heard any Sigh. I admit it. I was a Sigh virgin. But…

…when I fell in love, I fell hard, dude. It got all, like, serious n’ shit pretty quickly.

So: I am coming to the recent reissue of Sigh’s 2001 album, Imaginary Sonicscape, with very fresh and very eager ears. And if I was gonna talk about this album someone else who, like me, was a fairly newish Sigh fan, I’d tell him or her what long time Sigh fans must already know: once upon a time, Sigh were a completely different – but somehow equally awesome – band.

Seriously. This is the kind of musical evolution seems so rare in metal, and so fucking exciting when done well.

The uniting principal of Sigh seems to be this: anything goes, and the abnormal will be fused with the normal so seamlessly that you will forget that they ever existed apart. So it’s not that Hangman’s Hymn and Imaginary Sonicscape are so differnet in their attitude – they both rock and are both the craziest bitch at the ball, a six ring circus of “What the fuck?”-ness. It’s that the albums seem to be drawing on almost totally different influences – because this band is a mad scientist, and that mad scientist will never stop thinking of new ways to commit fucked-up crimes against nature. It’s really kind of amazing.

Imaginary Sonicscape is, at it’s base, a classically influenced album, deeply rooted in NWOBHM and straight up classic rock – but there’s also b-movie sci-fi keyboards and orchestral sections that seem tailor made for a Sergio Leone film and hip-hop beats and breakdancing music and at least one song that is entirely concert hall-style piano music and laser noises and robot voices and Jazz sax and and a keyboard solo to lay down by the fire and make love to and… in fact I’m pretty sure that “Nietzschean Conspiracy” is just the sound of two robots fucking. (Note to The End records: you totally have my permission to pull the quote “The sound of two robots fucking” for all future ad materials. You’re welcome!)

So, I guess what I’m really trying to say is this: if you, like me, are a schmuck who is still familiarizing himself with Sigh’s discography, then this album is really, really stupendous; I mean, I’ve been speaking in superlatives for seven paragraphs and still feel like I’m letting the whole album down. And hey, if you already knew and loved Sigh, this album has a bunch of unreleased shit and different versions of old songs and all sorts of stuff that hasn’t been available ’til now, so you should get it again. And didn’t you lose your copy when you moved that one time anyway? Yeah, you should just get it again.

Sigh lay it all out on stage in their latest video.