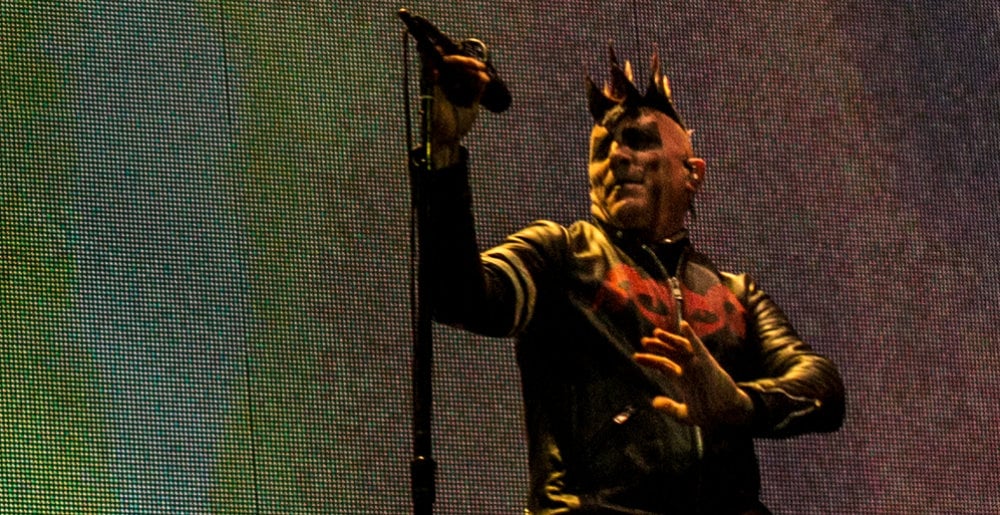 MetalSucks photographer Simmons Tobias captured the elusive, mysterious and mighty Tool on film on the night of January 14, 2020, when the band’s North American tour in support of their latest album, Fear Inoculum, stopped at The SAP Center in San Jose, CA.

Tobias tells that us Author & Punisher made for the perfect opener, saying of Tristan Shone’s homemade instruments that he “managed to completely fill the arena with chaos, and his strobe setup was a great starter to get the crowds corneas ready for the insane laser show that Tool put forth.” If you plan on attending a date on this tour (remaining dates and tickets here), make sure you arrive early to catch Author & Punisher!

Tool started their set with the title track from Fear Inoculum and then rolled through a handful of classics such as “Ænema,” “The Pot,” and “Parabola.” The band was shielded for the first half of their set behind a fringe curtain, which allowed for some striking projections. Once the curtain was drawn the night shifted gears; working with a massive heptagram adorned with rotating lights that created internal pentagons, and armed with a powerful laser setup, Tool have upped their production from past tours. The encore included “Chocolate Chip Trip” and “Invincible” from the new album, plus fan-favorite “Stinkfist.”

The band’s infamous no camera/phone policy was in effect, and while security was constantly roaming around and flashing lights at people who tried to text or sneak a few photos, Simmons didn’t see anyone ejected.

Have a look at photos from the night below!