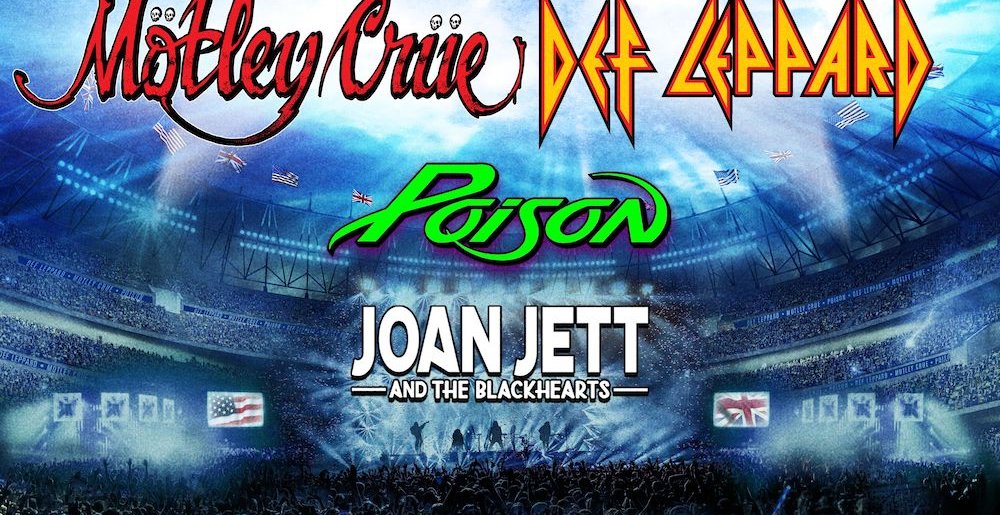 Mötley Crüe have continuously pleaded the fifth with regards to their planned summer stadium tour with Def Leppard, Poison and Joan Jett despite clear evidence that authorities will not allow 50,000 people to cram shoulder-to-shoulder into a stadium during a pandemic, claiming the decision to cancel or postpone it isn’t their to make before finally promising to give a concrete update by June 1, a month before the run’s scheduled start.

Fans in Chicago and Cincinnati received emails on Friday indicating the tour’s shows in those cities have been postponed, no surprise given the state of the world and the fact that a number of other high profile summer tours have long since been called off.

In an interview with Bret Michaels from earlier this week on AZcentral.com that’s just now making the rounds, the Poison frontman is holding firm on the party line that the decision is out of the bands’ hands — really, they don’t know, they have no idea what’s happening! — along with the typical “health first” mumbo jumbo. Here’s what he said:

“At the moment, we don’t know. That answer is confirmed. We don’t know. The health is number one. The health of the fans. The band’s crew. The people working at the venues. The first responders. That comes first. And if the CDC says it’s a go? I will be there, ready to rock. [And if not], then it’s not over. It’s just postponed. Those dates have almost all completely sold out. We added a second night at Fenway. I think Jacksonville went quick. Milwaukee was the quickest sellout they ever had. It was like 43 minutes.”

In other words, “We’ve known for weeks that this thing will end up being postponed to 2021, we’re just trying to prepare our fans in the gentlest way possible so they hold onto their tickets for next year instead of asking for refunds.”

Per Ticketmaster and Live Nation’s sneakily updated ticket policies, fans will have a 30-day window from the announcement of rescheduled dates in which to claim a refund, otherwise their tickets will roll over to the 2021 dates.

Crüe drummer Tommy Lee had previously expressed optimism the tour would go on as planned despite the mounting evidence suggesting otherwise:

“Everything’s still a go. We’re all in constant communication. [Bassist] Nikki [Sixx] and I have been in several production meetings. You’re talking multiple stadiums, so it’s like two kids in a candy store putting together something people are going to walk [away from] saying, ‘Are you f–king kidding me?!’ That’s our mission right now, and it’s definitely headed in that direction.”

MetalSucks will keep fans updated as soon as the 2020 run comes down so those seeking refunds can get them.

Metal Sucks Greatest Hits
0 -
Which Bands are “The Big Four of Death Metal”???
0 -
Watch This 10-Year-Old Girl Shred Through Slayer’s “War Ensemble”
0 -
G.O.A.T. and Your M.O.M.’s “Quack like a Duck” Justifies Humanity’s Entire Existence
850 -
All My Heroes Have Failed Me
0 -
BREAKING: Some Local Band Called Shrapnel are Tired of You Leaving the Show Before Their Set
0 -
Exclusive Interview: John Baizley of Baroness on the Bus Crash, Recovery and the Future