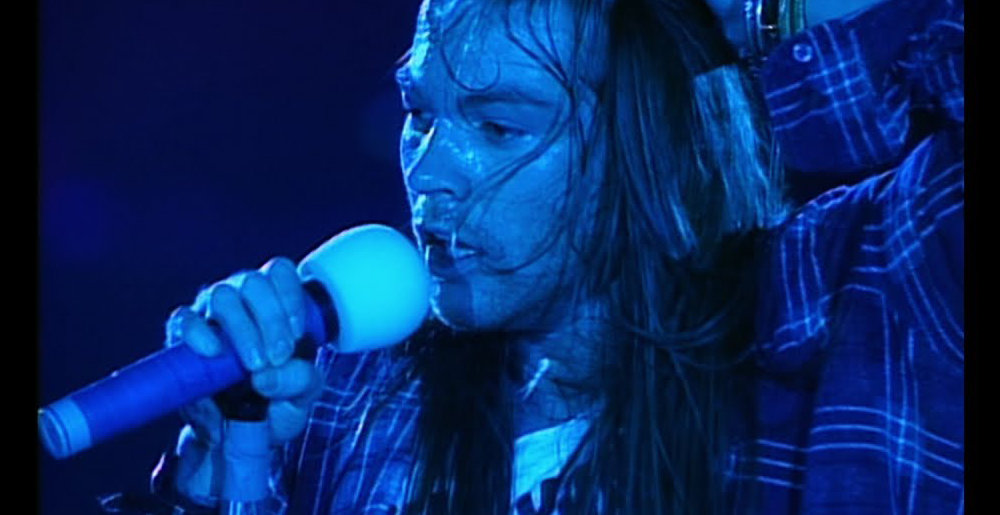 Because Donald Trump is the perfect mixture of evil and stupid, he has to surround himself with people who are evil and/or stupid, because that’s who’s willing to work with The Big Orange Anus Booger. Which helps explain how this happened.

To review: back in May, Trump visited a mask factory in Phoenix, AZ — without wearing a mask himself, natch — and either didn’t notice or didn’t care that as he was touring the facility, someone was blasting Guns N’ Roses’ cover of “Live and Let Die” (originally by written and performed Paul McCartney and Wings for the 1973 James Bond movie of the same name). In response, GN’R — whose members have been vocally anti-Trump — released a shirt bearing the slogan “LIVE N’ LET DIE WITH COVID 45,” which is simultaneously a reference to the factory visit and a reference to the fact that Trump is the 45th president of the United States.

But someone on Team Trump either has a sick sense of humor or is deliberately trying to piss off GN’R, because they played the song AGAIN before Trump gave a speech at Whirlpool factory in Clyde, Ohio yesterday (Thursday, August 6).

The use of the song seems especially gauche in light of Trump’s much-maligned recent Axios interview, in which when asked America’s overwhelming COVID-19 death toll, the oh-so-sensitive huckster replied, “It is what it is.” I mean, he might as well have just said “Live and let die,” right?

You can check out video of the latest incident below: