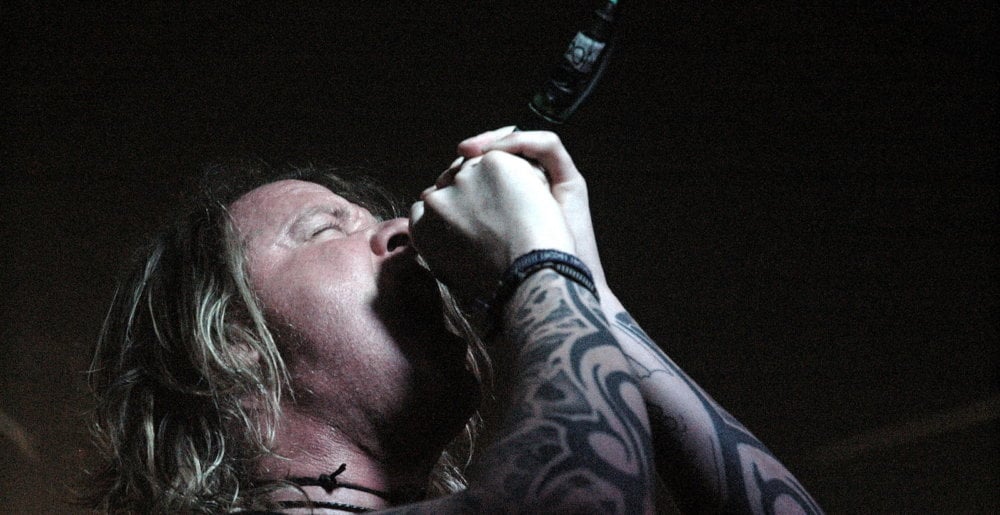 Fear Factory’s Burton Seabell: Wearing A Mask Is “Easier Than Putting On Shoes”

Fear Factory vocalist Burton Seabell has chimed in on a hot button issue in a new chat with The Underground Australia. No, sorry, he hasn’t shared his side of the lawsuits involving the rights to Fear Factory’s name, a topic about which his bandmate, Dino Cazares, has been extremely forthcoming; he’s shared his opinion on anti-maskers! And, thank goodness, he’s not a fan.

Bell, commenting on how his livelihood in particular has been impacted by anti-maskers who continue to let the pandemic spread with their recklessness, said:

“I hope that this pandemic nonsense gets finished quickly, and I hope everyone does the smart thing and helps everyone so everyone can get back to work properly. Because these fools who are going around not trying to stay safe, musicians are the ones they’ll hurt the most. The music industry was the first industry closed, and it’s gonna be the last one open.”

“It’s not hard to wear a mask — easier than putting on shoes.”

So there you have it: if you don’t wanna take it from Corey Taylor, a fellow anti-anti-masker, listen to Burton!

Seabell is currently promoting Apocrypha, the second album by Ascension of the Watchers, due October 9. You can listen to a single from the album, “Ghost Heart,” below.

Seabell’s Fear Factory bandmate, Dino Cazares, recently revealed that he has acquired 100% ownership of the Fear Factory name. Cazares is currently crowdfunding $25,000 to complete and fine-tune the band’s next album, which was recorded with Burton’s vocals back in 2017 but has been held from release due to legal issues until recently.