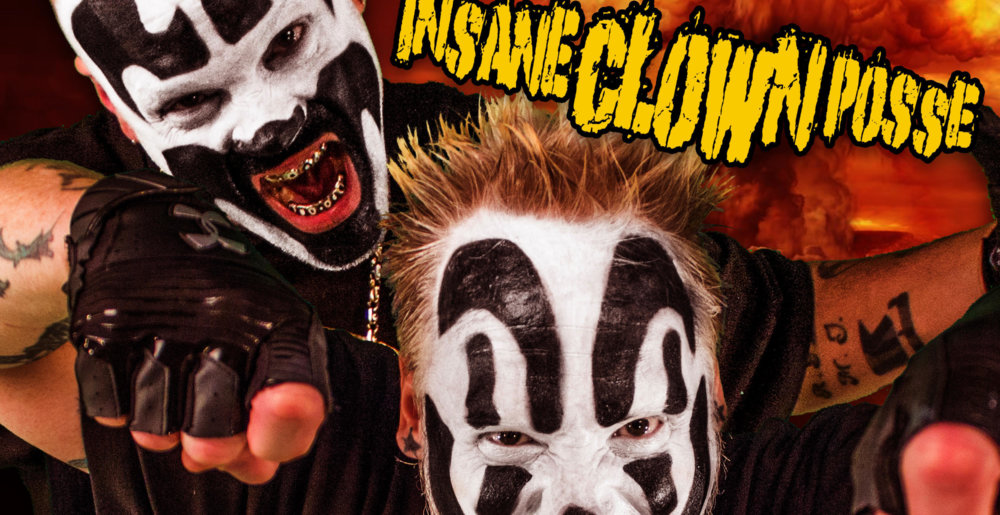 Insane Clown Posse, history’s most famous American rap duo to dress like clowns, have surprised all the loyal Juggalos and Juggalettes with a new song, “Ding Ding Doll.” Because ICP always draw on their own lives for lyrical inspiration, the track tells the story of a haunted doll, sometimes from the doll’s point of view. I assume they were baked when Child’s Play came on TBS and one clown said to the other clown “Hey this would make a dope song.” Like I said, they draw on their own lives for inspiration.

The track “is the first taste of new music from the ICP’s upcoming full-length masterpiece,” according to a press release. That same press release advises that you “Text ‘JUGGALO’ to 474747 to stay up to date on all ICP happenings,” because “shit’s gonna be poppin’.” And who doesn’t love popping shit? I popped a shit right before I wrote this, in fact. Good times.

You can listen to “Ding Dong Doll” below.

In related news, ICP have also… well… here, this part I have to just cut and paste wholesale from the press release, because I don’t understand roughly half the information it’s conveying and I want to get this right:

“[The band launched the ‘Weekly Freekly Weekly,’ their mockumentary Hatchet Action News network featuring your favorite anchors Guy Gorfey and Fats Pepper, as well as an expose by Chris Hansen. Join the news team as they fill you in on everything you need to know about ICP’s House Party Peep Show happening the entire month of October.  This epic event, which includes this year’s Hallowicked concert, is also the first of the Ultra Live Monster Five Concert Series.”

Neat. Because I’m a nice guy, I’ll include the first episode of Weekly Freekly Weekly below, too.