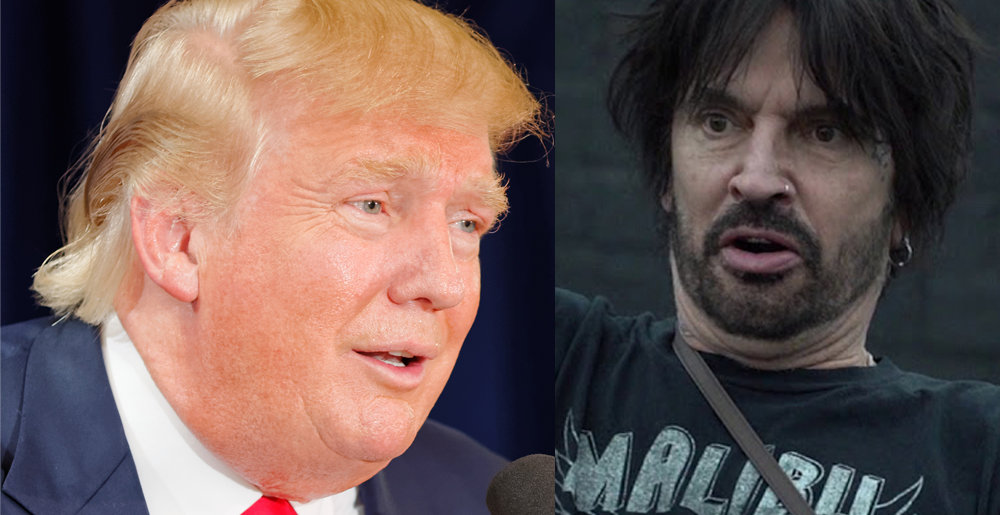 Tommy Lee is a complicated guy. On the one hand, he hasn’t set foot within ten yards of making good music since Dr. Feelgood, has an inflated opinion of himself, and will likely not be a candidate for Father of the Year anytime soon.

On the other hand, he did help MAKE Dr. Feelgood, and he hates Donald Trump.

Lee, who was born to a Greek mother and American father in Athens before coming to the U.S. at the age of one, tells The Big Issue:

“Dude, I swear to god if [Trump is re-elected] then I’m coming over to visit the UK. I’m out of here. I’ll go back to my motherland, go back to go Greece and get a house on one of the islands.

“The thing that stings the most is that I feel like we’re embarrassing. I feel like people in Europe and the rest of the world look at America and think: ‘What the fuck are you guys doing over there? Stop voting for celebrities and get someone real to run the country.’”

It’s tempting to make a joke about how getting Tommy Lee to leave the country would be the silver lining to a possible second Trump term. But when the guy responsible for Methods of Mayhem says something is embarrassing, then WOOF! — it’s probably advice worth taking. I mean, just think about it: if you vote for Trump, you are now dumber than Tommy Lee. Like, we may as well just accept that we live in the movie Idiocracy now.

Tommy’s new album, Andro, will be out this Friday, October 16, and can be pre-ordered here. His wife recently wrecked his Rolls-Royce in what was almost certainly a PR stunt for the record. So that seems like money well spent.