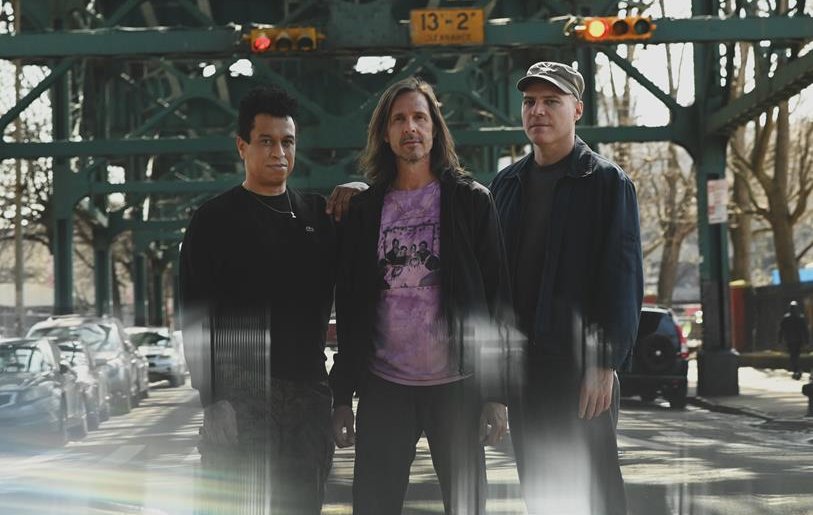 Back in April (which somehow simultaneously seems like a few days ago and a few decades ago), Quicksand released “Inversion,” their first new song in four years… but, alas, did not announce a new album.

But that changes as of right now. The storied post-hardcore band will release a new record, Distant Populations, digitally on August 13 and on vinyl September 24 via Epitaph Records.

“Everyone is on the one hand so connected with each other, and on the other hand, is so far apart. We’re checking out each other’s social media and we know what everybody’s doing. But when we’re sitting in the same room together, we’re looking at our phones.”

“It really kind of focuses on Sergio’s [Vega, bassist] whole motif in a very simple way. He and Alan [Cage, drummer] just have this really kind of trademark groove, and I think that really sings on this one to me. I just felt like it’s a kind of song that is very us, but we hadn’t written it yet.”

You can check out “Missile Command” via the very cool animated video at the bottom of this post.

Distant Populations can be pre-ordered here. This track list is below, and HOLY CRAP THERE’S A SONG ABOUT EMDR. You either find that as amusing as I do or you don’t. Sorry to get so excited.

On toppa alla that, the band will hit the road in support of Distant Populations at the end of September. Tickets go on sale Friday, June 25. Here are the dates:

Here’s your guide to all of this week’s heaviest new releases! Includes Quicksand, Ænigmatum, Gost, Unreqvited, and more!!!

The band’s new album, ‘Distant Populations,’ comes out in August.